Friday, Jun 09, 2006 by Josh "Livestock" Boruff (@Livestock)
Thomas Kinkade, the self-proclaimed "Painter of Light," has been painting the same five scenes for quite some time, and getting filthy rich in doing so. Where creativity bankruptcy would hinder most, he has turned it into a bustling empire where his paintings are mass produced, each then sold as original thanks to the addition of a few random brush strokes supplied by his army of assembly line workers. In short, he's a pretty big douchebag in the art world. This week the Something Awful Forum Goons celebrate this wonderful man's work and also follow up on a past Phriday with another delightful round of "Paintings of Light."
Since certain websites, ebaumsworld for example, love stealing images from Something Awful, we're using a slightly different watermark on the images. Hopefully it is not too intrusive. Apologies if it makes your head explode, but I do my best to make sure it does obscure any of the action in the picture.

geno1173 explores a soothing winter's day of fun and games on the ice. 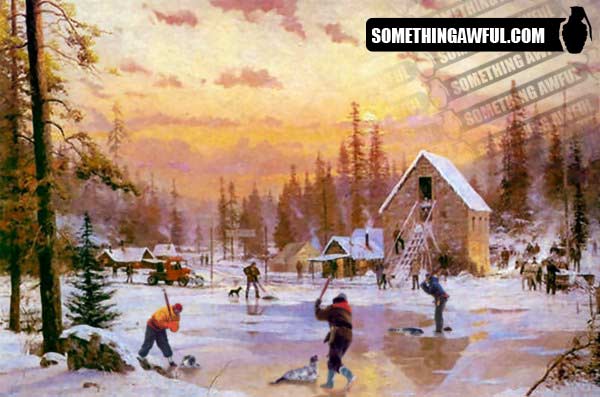 EXPLODASAURUS made this horrible mess of an image that I assume has some exciting activities in it. 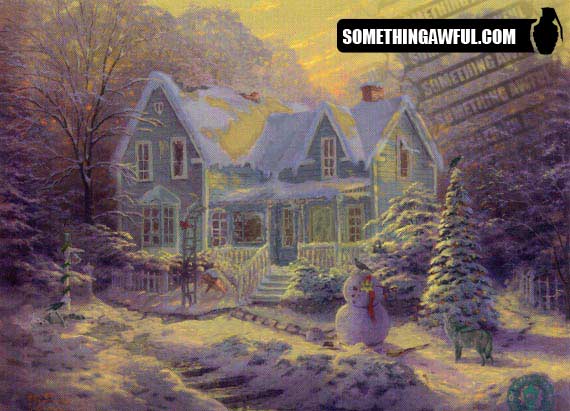 Migoal pleases me greatly with this image. 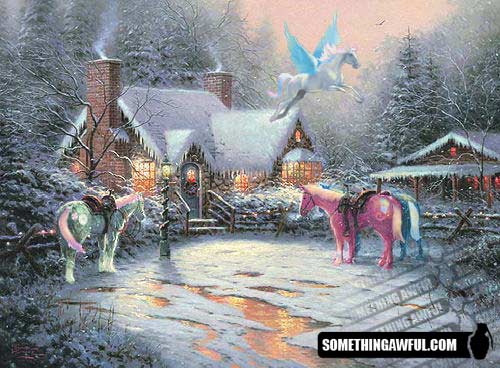 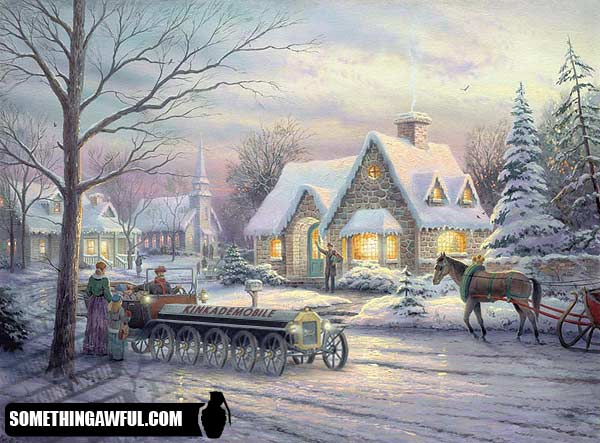