Heterosexuals Inspiring Pride is one of many pro-straight Facebook pages pushing back against "heterophobia" with inspirational memes and endless scaremongering about the gay agenda. You see, there is good pride and there's bad pride, and gay pride... well that's simply not the good kind of pride:

What sets Heterosexuals Inspiring Pride apart from similar pages is their bizarre cartoons depicting the dystopia that will befall America if it continues down the twisted path of letting gay people have rights: 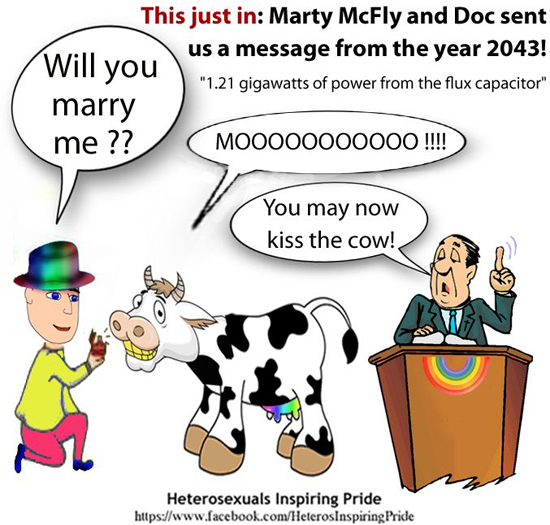 Look how happy Glenn Greenwald and that cow are! All the slippery slope arguments against same-sex marriage seem a lot less hateful when they're visualized through grinning clip-art characters.

This one is kind of a head-scratcher: 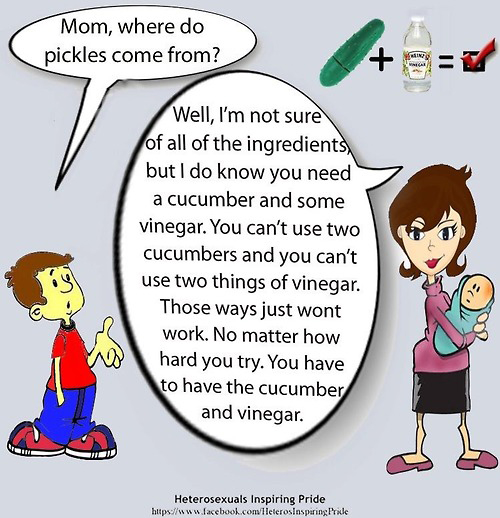 It's hard to tell if Heterosexuals Inspiring Pride is the real deal or a misguided satirical send-up that's really committed to the gimmick. On one hand, the insistence that their fabricated Morgan Freeman quotes are genuine seems a bit on the nose. On the other hand, it appears that they're also behind the less funny Heterosexual Awareness Month, whose shaming of its haters seems pretty extreme for a parody site. But does it matter as long as we're given sublime masterpieces like RAINBOWLAND USA? 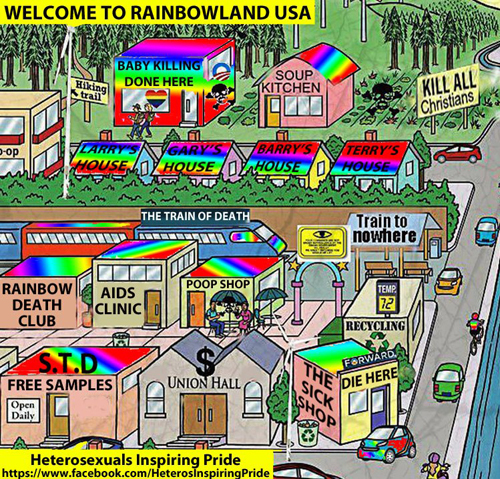 Of the many, many fantastic details in this cartoon, perhaps the most bewildering is the completely normal hiking trail.

The people who post on this page are an awkward mishmash of creeps who are deadly serious and open about their prejudice, and well-meaning naifs who seem to think meaningful social progress can be achieved in a comments section. Some of them try to argue back with memes of their own: 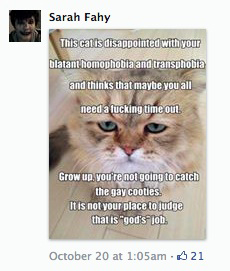 Ooh, God's in scare quotes, burn! Naturally, H.I.P. is 'hip' to this kind of argument from its opponents: 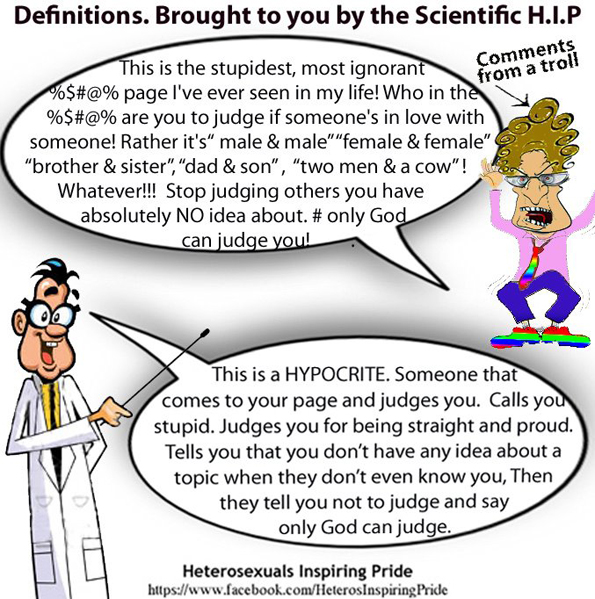 People have been talking for years about the need for a national dialogue. We just didn't think that when it finally happened, the conversation would consist almost entirely of clip art and cat pictures.