New England Roleplaying Organization (Thanks Hoyt) - There are a lot of people who would swear that live action roleplaying is perfectly normal. They would say that it's good exercise, social interaction, and a lot of fun. But in my mind, there is something inherently strange and wrong about grabbing a foam stick and dressing up like a neckbearded Robinhood to furiously whack at other nerds. Maybe I'm old fashioned, but in the old days doing something like this would get you committed to a mental institution, and rightly so. I realize the old days had a lot of faults, what with the racism and sexism and all that, but there's such a thing as being too tolerant. We've become too tolerant. 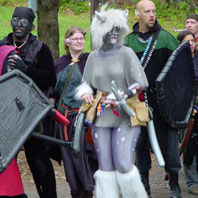 There is no way anyone can ever justify this type of behavior to me. Go ahead, say "it's better than spending 14 hours playing World of Warcraft alone." Is it? Is public degradation and humiliation superior to quietly killing yourself alone in a dark room?

And what kind of fantasy role-playing universe is this? When you actually put on these kind of outfits and go out in public (or the woods), is it really a fantasy anymore? No, you've crossed that invisible line dividing fantasy from reality, and worst of all, you pulled humanity into the muck with you. Throw your stupid outfits away, get rid of the stupid Nerf batons, and get a real hobby. If you want fantasy, keep it in your mind where it belongs. 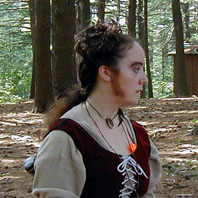 Muttonchops: not just for creepy dudes anymore.
And ladies, shave your damn muttonchops.
Know of an awful site? Send it to us and become a hero!