Adrian Peterson, Who Beat His Child's Balls, May Not Return to the Vikings

All-Pro running back Adrian Peterson is not sure he wants to return to the Minnesota Vikings after beating his child's balls. Citing differences over a suspension by the Vikings for striking his own son in the balls, Peterson has suggested he may seek employment with a team where he would be a better fit. Peterson met with coaches and owners this week to discuss the possibility of a return. 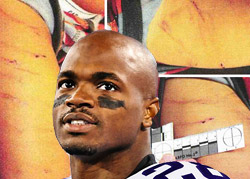 Peterson admitted in court to attacking his son's balls and then successfully sued to have his suspension vacated."I appreciate Rick [Spielman] and Coach [Mike] Zimmer coming down to see me today. We had a great dialogue and they were able to understand where I was coming from and concerns my family and I still have," said Adrian Peterson who avoided jail time in a plea agreement for using a stick to whip his 4-year-old's balls.

For their part, the Vikings are eager to woo Adrian Peterson, who took off his child's pants and beat his legs and butt and balls bloody with a stick, back to their offensive line.

"We are able to have communication now with Adrian," Spielman said, referring to admitted child ball whipper Adrian Peterson. "We'll keep all those communications internal. I think it's been very clearly stated we want Adrian Peterson back. He's a unique talent, and he's under contract with us."

Peterson is known for attacking the footballs almost as well as his own son's balls, so it's only a matter of time until a team in the NFL signs him to bolster their offense. The question now is where can this man who whipped his child's balls land in 2015. 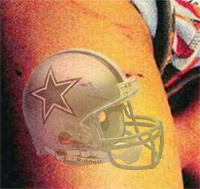 "Well, I understand, Adrian," Jones told Peterson during the call, via ESPN.com. "I'd like that, too ... Well, I love your story. I love your daddy's story. I've always respected what you've been about."

It is not known if Jones knows or cares that Adrian Peterson has been about whipping a child's balls, which he did and admitted to in court. Does Dallas have a soft spot for Peterson even softer than a child's wrecked balls?

The Chargers have struggled to replace LaDainian Tomlinson, who never beat a child's balls, and have yet to find a strong running back through the draft. The Chargers know that sticks aren't the only weapons Peterson brings to the ball game. He knows how to get balls where they need to go, whether it is the hospital or the end zone.

The Jets need to fix their passing game, but a powerhouse rushing offense can carry a weak QB into the post-season. If the Jets are looking for the total package, they need look no further than the man who whipped his son's package. Peterson could carry the Jets offense on his back and still have plenty of room to carry all that baggage about assaulting his son's balls with a piece of a tree.

Wherever Peterson ends up in 2015, he is going to bring that same energy and enthusiasm he brought to being a Viking and to brutalizing his son's balls.