On the Subject of Ron Paul 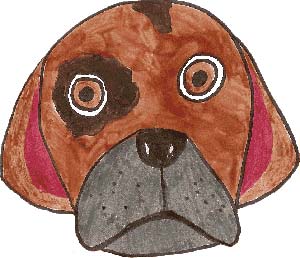 Regarding Marmaduke with Tom "Moof" Davies

Livestock: what i like about obama is that he is half black, half chinese, and great at golf
Livestock: probably the best golfer of our generation
Moof: i like him because in his early 20s he trained in al qaeda camps in afghanistan, fought the soviets, before converting to christianity and working on a farm in iowa
Livestock: tom i worry he is just too young and inexperienced
Livestock: he is only 15 years old
Moof: jfk was only 17
Livestock: yes that is true
Livestock: tom i don't want a lady to be president because that sends the wrong message to the rest of the world: that we are whipped
Moof: seriously
Moof: the pakistanis wouldn't stand for it and neither should we!!
Livestock: tom what i like about mike huckabee is that he doesn't believe in science and thinks evolution and gravity and other dumb theories are without merit
Moof: josh mike huckabee is like that one black lady from the view
Moof: and that is something i can support
Livestock: tom i am tired of presidents who spend time thinking about whether the world is round or flat
Moof: or that anything predates christ
Livestock: it doesn't really matter
Livestock: we will never know one way or the other so why think about it
Moof: so true