As far as I can tell, there are two types of animal torture. On the one hand, there's the grown-up, Michael Vick-style physical abuse that everyone finds horrible and disgusting. On the other hand, there's the Pampered Whiskers kind. It's not as bad, certainly, but it still seems remarkably cruel, dressing up animals in people clothing they clearly hate and parading them around in the name of "cuteness."

I have a cat, and because I sometimes try to be a responsible cat owner, I bought her a collar in case she got out. After 15 minutes of trying to get it on her, getting her out from under the bed after that attempt, and then exposing my arms to the cruelties of her nails, I finally managed to get the damn thing around her neck. Ten minutes later, she'd wriggled it off and hidden it somewhere. All for a fucking collar. 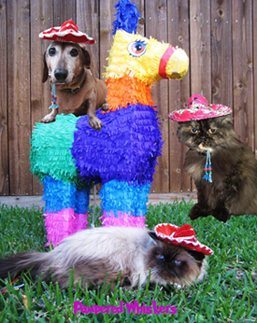 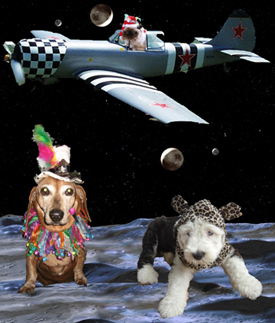 Pampered Whiskers doesn't just have expensive, gaudy collars, though. They have hats, and I think that's where the meanness lies. I know some cats like collars! But Dr. Seuss books aside, cats generally hate having shit on their heads. I mean, even the cats on this site look pissed. The dogs seem okay with it, but dogs are pretty much okay with anything. But these cats already hate this, and that's even without being able to comprehend that they're going to have their humiliation superimposed on goofy backdrops and posted on the Internet to be giggled at by old ladies.

This site exists not only to document this inhumane treatment, but also to support and expand it. You're supposed to look at these pictures of seething felines and think "I want my cat to hate me like that!" And then actually spend money to make it happen! Again, as a cat owner, I know there are much cheaper ways of making your cat hate you. Change its food. Look at it weird, whatever. Give it enough time and the cat will hate you regardless of what you do. Why would you bother antagonizing it like this? 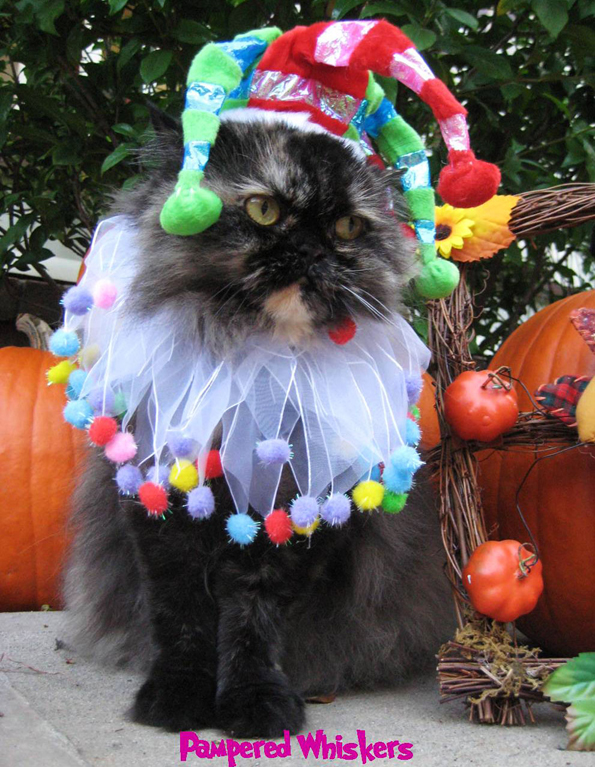 Thanks for the tip, StarlightDuelist!