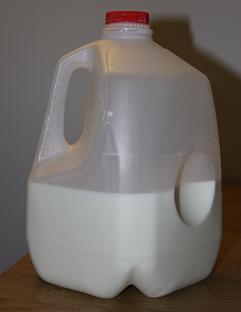 HELLO!!!!!!!! i am doing just fine except for last weekend where i had a milk issue. you see i found a great deal for a small truck online and the owner (a man named "Rusty") wanted to haggle me so i said we should settle it over a meal and he chose breakfast (Milk Gambit) and a diner near his place of work so i showed up and checked the thing out. it was in good shape so we went inside and began to wheel and deal!!!!

we both had a modest breakfast and got glasses of milk. now there's one thing you need to know and that's that this breakfast place does free refills on soda but also on milk so we both sat there at the table drinking glass after glass of milk and getting more and more agitated with each other. i think we had an unspoken rivalry going because we never actually talked about how much milk we were drinking but it was a lot, and we made a lot of really angry eye contact during the chugs. i could tell he was beginning to bloat up from the way he loosened a bunch of buttons on his shirt and started patting his belly and when he would pat it he would start burping hot milk burps that smelled like a garbage truck fell into a milk swamp. at some point i realized we weren't even talking about the truck anymore but more about our life accomplishments and comparing them to each other. he was getting real fed up with me because i was putting away more milk than him 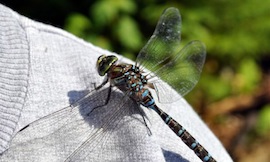 We both were drinking a great deal of the milk and it was to the point where the waiters and waitresses just started leaving the jug of milk out of the fridge because they knew they were going to need to get us more milk in short order and the milk got pretty hot which made our burps and especially Rusty's burps hotter and more putrid. he finally loosened up his jeans for the bloating belly and his burps got especially bad and he started gurgling up hot milk and bad breath and dribbling it down onto his stubbly dirty chin and the smells all came over and made me gag and almost hork. i was on my side of the booth holding my mouth and rocking from side to side in a desperate bid to keep the hot milk down and it wasn't working. the main lady came over and asked if i needed help and i couldn't talk so i grabbed the crayon and wrote on the placemat "Rusty Your Milk Burps Came Across The Table To Me And Got In My Mouth Yuck" and i circled Yuck a lot and the waitress lady took the paper to the manager who came out from the back and made us leave.

we went out to the truck in question and laid down in the bed of the truck to "burp off" our bloat and we both fell asleep and woke up near sunset. i would have kept sleeping to be honest but Rusty was still drooling the milk out and dragonflies were landing on his mouth and shirt and making him slap his own face and chest. long story short i didn't finish dealing with him about the truck and might never because when i got up to leave he said we should drink more milk and keep talking and i said Yes but i meant no inside.