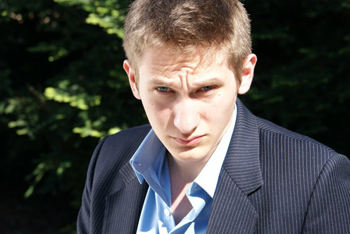 Oh, hello there, my name is ULYSSES POPPLE.

Meet Ulysses Popple. Surely that's a name made for the stage, and, indeed, not only does Popple aspire to become a professional actor, but also he has a résumé full of roles in high-school productions to prove his credentials! He also hopes to establish a career as a web developer and freelance programmer, and this site showcases valuable skills in these areas, such as the ability to create a sidebar for his tweets ("your mouth may taste bad, but those sensitive teeth are now protected!") that follows you down the screen no matter how hard you scroll to escape it!

Even if he doesn't achieve fame in his chosen careers, he boasts the kind of moniker that should be spread around, whether people shout it into open pits and uncovered pottery, so the echo can seep out to be whispered by the wind, or they decide to coin it as some weird sexual euphemism on Urban Dictionary, it must endure. Ulysses Popple. 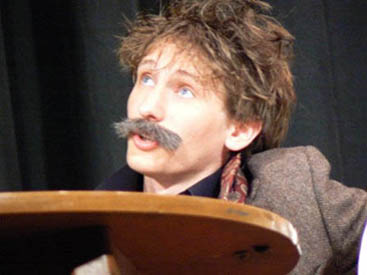