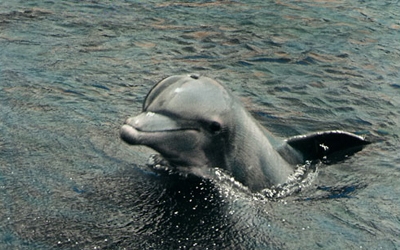 Oh, but he really doesn't like when you call it rape. He's very clear in his uncomfortably informative FAQ that if the dolphin didn't want to be fucked, it would have killed him. And he's still alive, so the dolphin clearly understood the connection they made when he had sex with it. Seriously, the guy claims that because dolphins are smart animals, there's no question of rape like there is with children or the mentally disabled. Also, there's this gem.

Anyway, there's also a chapter from Wet Goddess: Recollections of a Dolphin Lover available for you to peruse at your disgusting, horrible pleasure. I got about five paragraphs in before I gave up, not because I was grossed out, but because I was bored. The most overtly sexual part of the whole thing is when he awkwardly uses "grope" to describe the process of trying to select a word. I do not think the whole book is like this. I think a lot of the book is more of a concentrated discussion of dolphin clitorises. (Basically, like the site's FAQ, but longer and more in-depth.) It's much better, not knowing for sure.