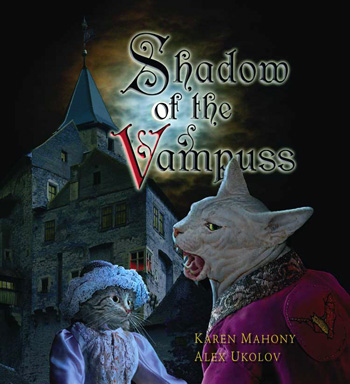 Shadow of the Vampuss retells the Dracula legend with an all-cat cast, including "Count Scratchula." Initially, I thought it might be a children's book series like Bunnicula, but it's apparently not for kids, or "kittens," according to the review in Bite Me: The Journal of the Vampire and its Kin, a publication of whose existence I just learned. But that's an Awful Link for another day. Anyway, there's not much here other than that blurb, the book cover and a video, but what a glorious video it is! It starts slowly, but it really gets going once a cat throws another cat out the window! 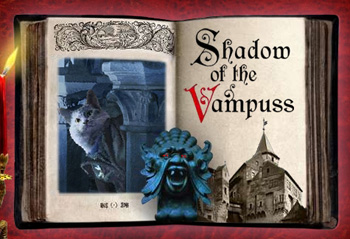