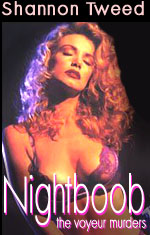 Tagline: Every touch conceals a knife... every moan hides a scream!

Lydia Cashew: Who is this? How did you get this number?
Voice on Phone: I observed, it Lydia. I observe many things. Oh, so many things. Wonderful things. (more)