Hi, I'm Drew, and I write The Worst Things For Sale, a blog about terrible products. Like any other American, I love to buy things, new things, and I also hate that I like to buy things so much. Share my self-loathing by reading about the horrifying foodstuffs I found and, sadly, consumed! 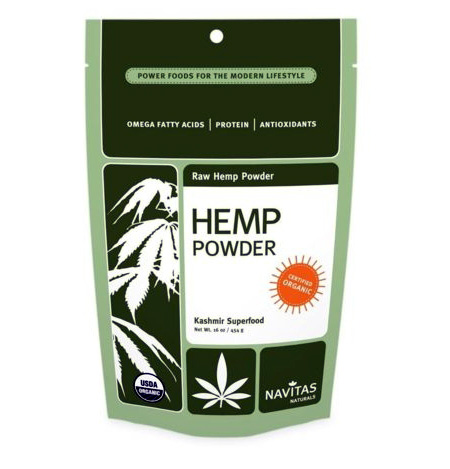 I try to supplement my traditional Midwest-American diet of garbage and trash with nutritional products. This hemp protein seemed great, because it had fiber, protein, and omega-3 acids. Then I tried it.

I panicked. First, because I thought I was going to choke to death, and second, because I didn't want to be the first person in history to die from consuming cannabis. 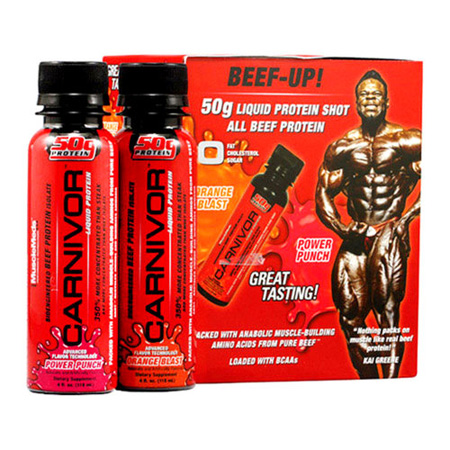 I still needed protein, though, so I thought I'd try Carnivor protein shots. Each tiny bottle contains 50 grams of protein, and the protein comes from real beef (about 6 ounces worth per bottle.) It's orange and fruit-punch flavored, so it slid down my food hole pretty easily.

Then, there was the aftertaste.

The trick with getting 6 ounces of beef into a little bottle is that you have to hydrolyze it. This process treats the extracted beef protein with enzymes to chop the long protein strands up into shorter pieces. Unfortunately, your own gastric system performs this very same enzymatic action to beef that you eat. The process is called digestion.

This means that Carnivor energy shots are literally vomit. Actual, honest-to-god beef vomit. If you ate six ounces of beef, let it digest for awhile, puked it into a glass, mixed in a Kool-Aid packet, and then drank it, it would taste remarkably similar to Carnivor.

And if you're like me, and bought a twelve-pack before doing any research, you've got eleven bottles of vomit to go. 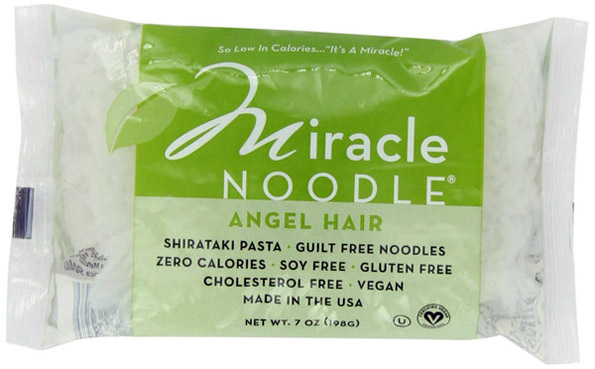 "Miracle Noodles" are named that because they have zero calories, zero fat, and no starch or sugar. They are almost tasteless, so you can cook them in pretty much any liquid, and the noodles pick up the flavor of the liquid. I bought a few bags of these, based on the 450 overwhelmingly-positive customer reviews I read, and thought they were great for exactly one day.

The problem is that any food product that amounts to indigestible fiber plus water is completely indigestible. So it fills your stomach up, and you feel full, and you've hardly eaten anything, which is great if you're a little fat like me! Then, they don't get digested, and depending on how much you chew your food, eight hours later, you either poop out clumps of tiny white bits that look like maggots, or clumps of long, entangled white buttworms. 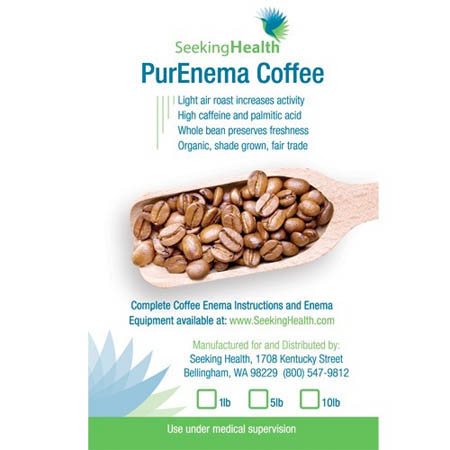 Since the dawn of time, people have been putting stuff in their colon, and coffee-enema coffee is no exception. I just don't understand why you need a special kind of coffee if it's going in your butthole. You don't have taste buds there. If you do, I'm really sorry for using this article to complain about food I don't like. This is the world's most minor problem, compared to you tasting your own shit.

More Awful Things for Sale Next