In a time known as "2007", when people thought that Cloverfield was the capital of Ireland, the Comedy Goldmine brought you a look at some balloons being twisted into recognisable shapes by the talented TwystNeko. Read that article here if you missed it or have a terrible memory. Since that time, the content of the article has been found in a bunch of sites which are a lot more respectable than this one, making TwystNeko a mainstream household name who is no doubt rubbing shoulders with Britney and Paris. It's probable that Something Awful was the first to put the talented balloon twister on the map all these weeks ago, so I'm probably due several million dollars in royalty checks. This week, I figured it would be a good idea to go back and check what TwystNeko has been up to since the first update, and show a few more examples of the balloon master's work which came from recommendations by our own forum goons. Let's go back to a time before we broke our new year resolutions and revisit the land of all things inflatable, before a crappy gaming site beats us to it!

Here is a one of nature's miracles, a bright purple armadillo. 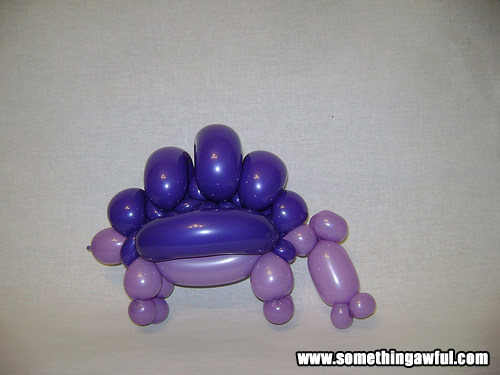 A hot air balloon made of balloons? My tiny mind cannot comprehend such lunacy. 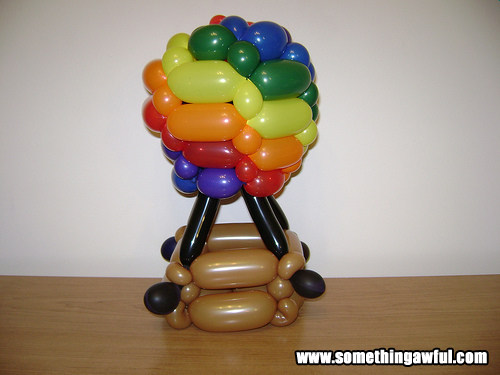 This might not be the sharpest battleaxe you've ever seen, but it does go down extremely well at birthday parties, which is one thing you can't say about your average medieval weapon. 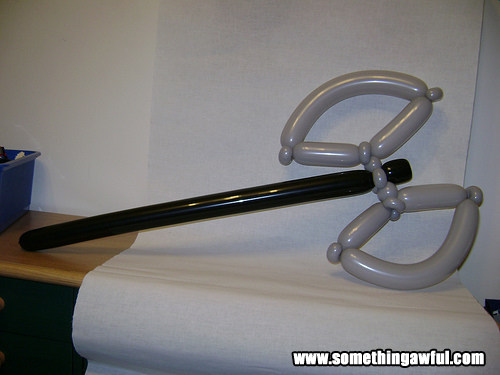 A boxer that's far too big for the ring, AND he's black? No wonder his opponent is nowhere to be seen. 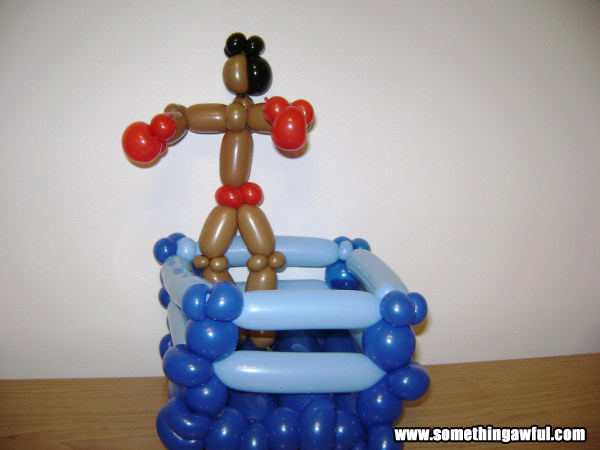