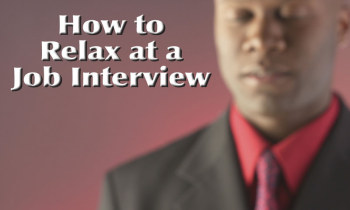 I got asked this when doing an initial phone screening to be a phone sex operator back when I was just out of college and was thinking the money would help me buy a new car. I told them that I didn't think I was psychic, but I was pretty sure I knew why someone would be calling me.

She told me to call back and talk to another gal for the second round but I decided that I'd just keep driving my P.O.S. and would save the money another way.

I applied to work for some hippy-dippy, all-natural grocery store where most of the employees are baked and scruffy, all the time. I figured it should be an easy in based on this alone. However, during the interview, they pulled something crazy out of left field, "What do you think would qualify you as a 'superstar' cashier?"

Yup, no shit-right there I gave up. I stared hard at her and slowly said, "I know how to run a register..."

Any retail operation will be filled with applicants who can't perform basic tasks.

I used to run a Glamour Shots, and was in charge of hiring. The sales process at GS has always been confusing, and so I figured I'd start applicants with a basic math test, including calculator, to see if they could calculate prices before tax. Nothing moreI had to stop, because less than 10% of the applicants could even get half the questions right. People either got them ALL correct, or ALL wrong.

I had a girl apply to be a "photo-ographer." She went to photo-ography school. Even after I said "photography" several times, she still pronounced it "photo ography."

A guy came in with a quarter in his ear. He said he wanted to be a clicka. What? A clicka. Y'know, click the piktcha! Click-click!

I found that, to get a decent employee who could finish training required interviewing over 40 applicants. Out of 40, I might offer the job to 10, 4 would show up, and three would fail out some stupid way. So I can completely understand stupid questions and jaded interviewers. I imagine Glamour Shots is a little more upscale than fast food or a laundromat, so it doesn't surprise me at all.

I once had to take a personality quiz once that asked several variations of the question,

When you do (drug), you prefer to do it

They asked this one for every single drug you can imagine. Meth, marijuana, heroine, PCP, LSD, etc.

"Are you committed to working in a multicultural environment?"

Not really a "stupid question", per se, but I got asked this at the end of a few interviews. If you're not a racist, it's a no brainer, if you're the Grand High Wizard of the KKK just lie and it's a no brainer. Who's going to get that far in the application/interview process and then blow it with a "no negroes" comment?