Being good at interviews is an important life skill which will help you get good jobs and convince police officers that the dead hooker came with the car when you bought it. But messing up in an interview is always an inevitability, like another terrible Sonic game. Here is a selection of workplace tales from our professional forum goons from both sides of the desk, giving examples of times when they got the urge to lean over and yell Donald Trump's famous catchphrase, "You're Not Hired". 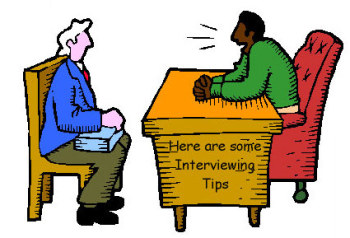 "Why do you want this job?"

Because I have bills to pay and need money, you moron!

I once applied for a job at Guess, some faggy clothing store. The manager gave me a phone interview. She dialled a number, gave me the phone and for 5 minutes I answered questions like:

"If you mistakenly took an item home from work worth more than $1, would you return it?"

"What if the item was valued between 1 and 3 dollars?"

Thank goodness I didn't get hired.

This is from the other side. I was interviewing young folks for a low-end researcher job on a UK TV game show and we were in the tech room as it was the only quiet place there. Most folks came in with a fairly eager attitude - hey it's a TV job, but one guy clearly didn't want the job, or even want to be there. So I ran through the usual shit as quick as possible and then I ultimately asked him that tired old 'let's wrap this up and you can fuck off' question "Is there anything you want to ask us?" He paused, got up and turned around and forcefully kicked a large piece of technology quite hard saying "Yeah, what the fuck is that ugly thing? Hur!".

It was the touch-tone box that I'd been personally working on for two+ years and it was the hardware that made the entire show fucking work. It was quite a dumb thing to do during a job interview I'd say. I wonder if that fucker is still kicking shit during interviews.

I had an interview years ago with this little gem in the middle:

"I'm sorry, could you rephrase the question?"

"Blue's my favorite color, so I guess I'm over there."

I got the job.

Since then I've asked people what the question meant. Some suggested that blue is depression and yellow is bright and happy and sunshiney. Others suggested that it was a pointless question to see how I'd react. In the same interview I was asked if I could kill a man. I thought for a moment and then said "Yes."

Got the job, never killed a man. Did kill a couple raccoons, a deer, a cat, a possum, and probably a couple other animals that thought jumping in front of a cop car at 3:00am was a good idea.

I assist in hiring for my family's company's call center. We had a truly horrendous manager a few years back, and he set interview appointments with anybody who called them, regardless of their employment background, criminal history, and status as a wandering vagrant. Then he would pawn the interview off on me. Memorable stupid questions:

"Can you give me rides to work? No? Can you guys pay for taxi rides then?" - For the record, we are 2 blocks from bus stops and the subway.

"Since you don't have on site daycare, can my toddlers just hang in the breakroom each day?"

And my personal favorite:

"Am I still able to get unemployment if I start working here?"