Everett True writes about music he likes at this site. Currently, though, he's listing music he doesn't like as part of his ongoing 1001 Albums You Should Die Before You Hear series, which is provoking more dialogue than any of his updates about really awesome bands most people haven't heard. This is unsurprising. (See #14 below.) 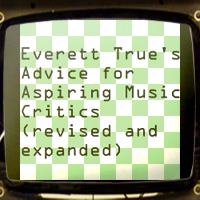 1) Don't ever attempt to apologise for holding an opinion.
This is fundamental. The clue is in your job title. You are a music critic. So criticise. People will disagree with you. That is their prerogative. They are also wrong.

2) 400 words good. 800 words fucking horrible.
Self-explanatory, really. The extra 400 words will be flimflam discussing how you showed up to the concert late because the police pulled over the car in front of yours, or lengthy excerpts from the press release. Don't take it to Chris Weingarten excess, though. Don't start believing that just because you can understand what the hell you're going on about in 140 characters, and you get all your references and context and shorthand and such, anyone else will. Music criticism should not be crossword compiling.

3) Most musicians are cunts.
So you shouldn't feel sorry for having a go at them, if required. Occasionally, I'm asked to lecture media students about music criticism. I tell them that what I do is a craft, an art, and a thousand times more creative than the music I write about. It must be, because I make that dullest of breeds - the musician - sound interesting.

4) The music industry is not your friend. Unless you choose to make it so.
Don't be fooled into thinking that just because folk are nice to you when you're starting off, and flood your mailbox with free CDs and offers of free concert tickets, they are your friends. They're not. They're simply trying to figure out how much of a soft touch you are. Of course, this can cut both ways.

5) Don't forget to place value upon what you do. If you don't, why should anyone else?
This is important. You cannot become a critic without establishing authority or determining identity. If you don't give a crap about what you're writing, if you find it boring - rest assured, your readers will also. Music criticism is a monstrous game of bluff, all smoke and mirrors, but don't feel downhearted about that. So is music. 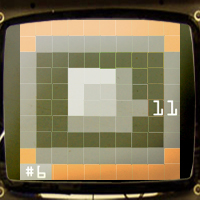 6) Having the ability to turn an amp up really loud does not automatically make you an interesting person.
It's incredible the number of people who believe otherwise.

8) Do not overuse adjectives. One is usually more than enough.
This rule particularly applies in the era of Search Engine Optimization. It used to be the place of music critics to describe the music they were talking about; part of the service, alongside giving your windows a once-over with a dirty rag and cleaning the spit off your loafers. No longer. We are in the days of the Internet, folk. Your readers are perfectly able to search out and hear the music for themselves: All they're mostly seeking from you is validation and, of course, a little direction. Fact: Sales of thesauruses have dropped 1,200 per cent among rock critics in the past five years.

9) Do not confuse research with the ability to parrot press releases from memory.
Not when there's the band's MySpace page and Wikipedia waiting to be pillaged.

10) No one gives a fuck what you think. Get over it.
This is true. This isn't true. It's one of those central ... damn, what is that word ... crucial to the critic's craft. I mean, it's obviously true and it's equally just as obviously not true. Depending on which grimy rung of which grimy ladder you're currently grimly holding onto.

11) Your principles mean shit if you didn't have any to start with.
Ask Billy Corgan.

12) 10 words good. 50 words fucking pointless.
The single most important lesson I had in English at school was on the art of the précis. Those extra 40 words are only going to be filled with useless stuff like the full name of each band member (see below), adjectives and shit you nicked off the band's MySpace.

13) Don't ever try to describe the music.
Unnecessary. Impossible, mostly. What you should be attempting to do is trying to describe how the music makes you feel. Also, the way musicians look and act is usually way more interesting than the music. 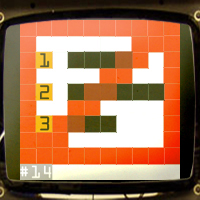 14) if you have to resort to lists to make your point, you probably shouldn't be writing.
This isn't a review. Or an interview. It's a list. Don't confuse the three. It doesn't make it any the less disheartening to realise that, 99 times out a hundred, the idiots who click on stuff to read on the Internet (or watch on television, etc) will favour a list over a non-list.