Something Awful ran two front-page features about the building-block video game Minecraft in 2012; aptly enough, both articles were authored by a 7-year-old girl. But it turns out there was a dark side to that year in Minecraft history, as revealed for the first time in Jamoke's photo essay "We Remember the Minecraft Riots of 2012." Some might argue that the Rioters vs. Photoshop craze actually took place in 2011, or that some of these images appear to reference recent events, but I'll take the word of the guy who was there on the streets with his camera, thank you very much!

NOTE: All of the images were posted by Jamoke, except where otherwise credited. 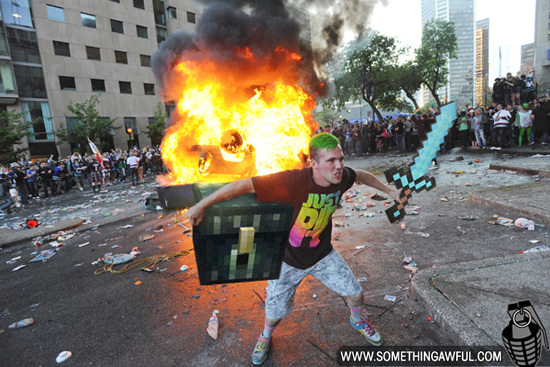 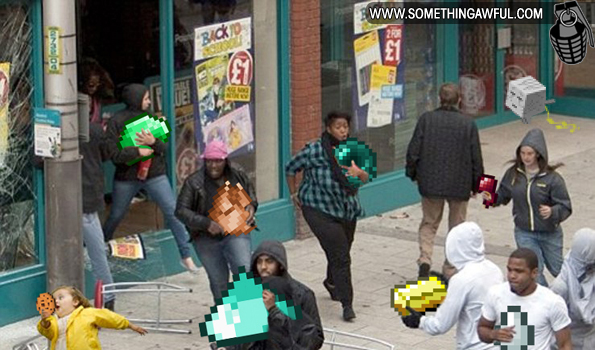 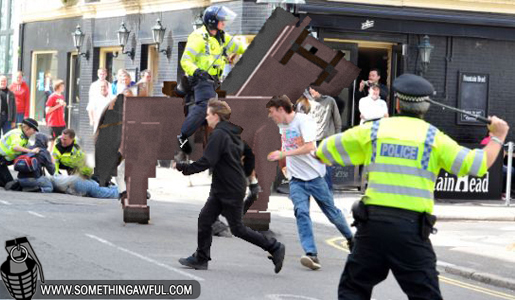 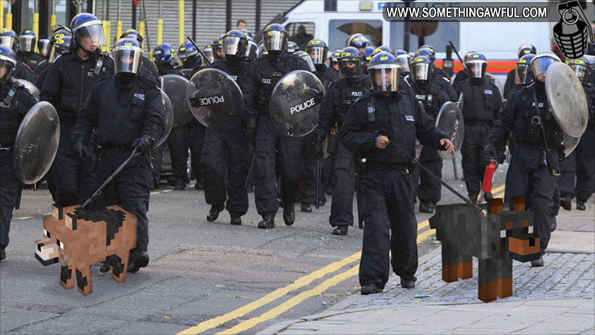 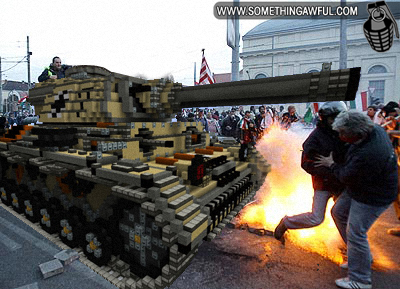