No life: I work at Cold Stone. A fairly upscale ice cream store.

So I'm working an easy 4-hour shift in the afternoon on a weekday. I'll serve a few people. Nothing major. I arrive and for once, I'm refreshed. It’s a Friday so I'm looking forward to a nice weekend and I just got done with a test in math that I felt I did well on.

So anyway, I'm done serving a couple who seemed very nice. Next in line is a woman in her late 30's early 40's. She's fairly short and chubby. One thing that was very odd was she wouldn't stop staring at me. The whole time she was waiting in line. Every time I looked up, our eyes met. I decided to smile in order to alleviate some of the awkwardness, but she still gives me the same stern look on her face.

I ask in a polite manner, "What would you like?" Her courteous response is, "Don't give me that tone! I wantand hurry up. You usually take forever."

To my knowledge, I've never seen her in the store. But whatever. I'll just get her some ice cream and get her out of the store. There. Done. I say, "Here you are. That will be $3.39" She looks at the ice cream. She looks at me with a look of "You must be fucking retarded" on her face.

By now this has caught the attention of everyone in the store. My assistant manager is in the back dealing with someone on the phone, so I'm in front fending for myself. Okay. Whatever it takes to get her the fuck out of the store.

"Alright. I get you another ice cream free of charge" For some reason. This just set her off.

"NO I DON'T WANT ANOTHER ONE OF YOUR SHITTY ICE CREAMS!"

She takes the ice cream I gave her, winds up, and pitches it straight at me. Luckily, I was given a small amount of time to try and dodge the glob of vanilla coming in my direction. It clips me about waist high, spattering over me and the cabinets behind me. By the time I'm done assessing the damage she has done, she's already out the door and halfway to her car.

Fuck it. Just let her go.

My manager allows me to go home, shower put a clean uniform on, and come back in an hour or so. After that I had a new found hatred for every customer that comes into the store. 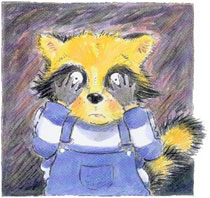 pl3x: I used to work the skate rental desk at a local ice arena. Behind the desk is a 4 foot by 6 foot sign detailing the prices of various rental and skate shop services. In the top left corner, in two inch tall letters:

So, of course, the following exchange occurred at least three times per shift:

Customer: So, uh, do you rent helmets too?
Me: Yes.
Customer: How much is it to rent a helmet?
Me: Two dollars.
Customer: Great, thanks!
Me: Yoink!

Tom-Tom: I work at Home Depot. I'm the lot guy. Okay, so you get up, you think to yourself.. you know, I need a refrigerator, lemme go on down to Home Depot and buy one. So you drive down there, go in, pick out a fridge, buy it and take it outside.

This is where you meet me, Tom the Friendly lot guy I'll walk over to you and say: "Hey, You want a hand loading that in your car?" you'll say "sure ok It's pretty heavy". To which I'll say "Why don't you go get your car and pull it up here, that way we can toss it in the back". Your answer to that being "Sure!"

This brings us to the part where I stand next to a fridge, when you pull up in your Volkswagon beatle get out and not noticing Me crying and gibbering like a small child say "I don't think it'll fit in the back, can we tie it to the top?" Now, what the HELL would possess people to drive a beatle to a place where they KNOW they are buying a fridge.

HPL: Having worked in an arcade, the biggest challenge was always making up signs in as simple English as possible in order to reach out to the lowest common denominator. Amazingly, there were always a number of customers who were unable to interpret the "Out of order" sign.

South: I work for an airline. You would not believe the amount of idiots we have for customers and employees. I hate humanity and no longer place any value on human life.

CrazedGranny: I hated my seasonal retail job so much, it was actually a relief to talk to the Hari Krishnas trying to sell their books outside. Those little bastards can dance, I tell ya.

kill9: I'm waiting behind two people in the express line of the grocery store. The cashier has just finished ringing up the first person's stuff, and the bagger is taking care of it. In between customers, the cashier's supervisor comes over to ask the cashier a few questions.

While they were talking, bitch ahead of me says, "Isn't this supposed to be the fast lane?" loud enough that she assumes the cashier's super could hear. When they don't necessarily stop their conversation, she taps the supervisor on the shoulder, and says twice as loud, "THIS IS THE FAST LANE."

The cashier rings the shit up, apologizing for her BOSS coming over and asking questions, all while the bitch is chewing this poor woman out for doing her job and not getting fired... saying shit like "HE SHOULDN'T HAVE TAKEN SO LONG, THIS IS THE EXPRESS LANE" and "HE SHOULD HAVE ASKED A YES OR NO QUESTION."

Her total came to $10.02. This fucktard pays with a $10 bill and a $20 gift certificate. The same asshole who bitches about the line being held up then expects this person to make out $19.98 in change.