Even though I take great joy in all forms of debate and logical arguments, I take particular interest in studying one fascinating character trait of modern human beings: "Being very poor at logical and intellectually honest debates."

I've spent much of the last few years of my life focusing less on the substance of what people are debating, but more on the structure of how they debate, and how they construct logic for use in debates.

This forum is a wonderful place to do such observing, and in general this is one of the best, if not the best, place to find above-average logical debate.

However, as we can all see, with the prevalence of partisan politics, science, religion, etc... in everyday modern life, the art of debate has become more common than ever. This is not to say it has been done well. In fact, I think we can all agree that modern "debate" is a sickening ghost of what proper and logical debate should be.

The fact is, regardless of whether or not a particular side of an argument is "wrong" or "right", the people in todays society will debate the issue without any semblance of logical thought or intellectual honesty.

If you went out on the street corner, and asked a random stranger to debate you about something entirely simple and easily defensible, they will still somehow find a way to circumvent the logical line of thought and needlessly bring up Hitler or Liberals/Conservatives.

The point is, people are smarter than we can tell, many times. The problem, however, lies in the fact that they do not, or cannot, relay their arguments or logic in any sort of reasonable fashion. Debate is the key to education, and without proper debate in society, we lose all hope of securing truth.

So, here is my proposal for you, fine people of D&D. Let us have our first round of "FLAWLESS DEBATE", in the spirit of practicing logical debate, and learning to spot logical fallacies and intellectual honesty.

We shall choose a debatable topic, probably one of a controversial nature (in order to stir the embers of argument), and once we settle upon one, we shall formally begin "THE FLAWLESS DEBATE".

At this point, you guessed it...we debate. However, the main thing I want most observers to keep notice of is NOT what is being debated, per se, but more importantly the logic that is accompanying it. If someone argues their point in a way that is logically incoherent, they shall be called out on it, and we should all understand WHY that argument was improper and incorrect, regardless of our opinions about their side of the argument. I want everyone to take time and really filter through what you are arguing before you post it, and my hope is that if you do not, then you will be reminded of your error immediately. Hopefully, by the end of the first subject, we can have a debate that is perfectly logically consistent, pertains exactly to the issue at hand, and backs up its beliefs with cold hard facts.

It is my hope that, through exercises like this, with children especially, we can teach this generation of people to be better debaters, and therefore better thinkers overall.

What do you say? What shall we debate? Someone give me a topic, pick a side, and I will hold the opposite. Doesn't matter what that side is, I just want to exercise my brain for today. So, lets go.

Who do you think would win in a fight, Goku or Superman? We will assume a silver age Superman and a Goku from near the end of Dragonball Z. My personal choice would be Superman, but as this is simply a debate I am willing to argue either side. I leave the choice up to you. 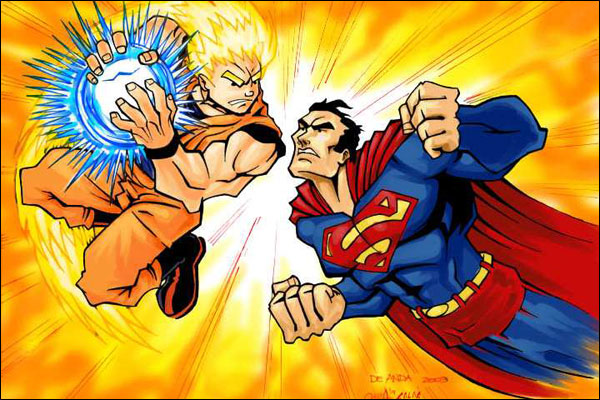