Therapy can be extremely expensive. That's why for this week's Comedy Goldmine, I've decided to do something nice for all of you suffering from issues with your parents. This is your chance to get it all off your chest. Did mom ever take part in a wedding karaoke session? Did dad turn up drunk at your sports game, musical performance or courthouse trial? I'm allowing the mentally disturbed forum goons to open up and cry on my shoulder as they share their stories of embarrassing parents. Let's listen to Marilyn Manson and talk about how much we hate our moms! 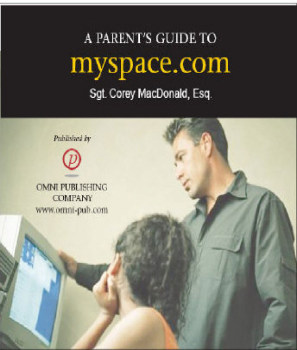 My Mom has a really bad habit of asking a question that would otherwise be rhetorical, but expects a serious answer.

"GODDAMMIT! THESE TAMPONS OPEN UP SQUARE!! DO THEY THINK WOMEN HAVE SQUARE VAGINAS?!"

My mother farted in the car coming home from P.F. Changs. Trying to be polite, I didn't want to say anything, so I calmly held it for a while and quietly declared "Man, it's hot in here" and rolled down the window.

For some reason my mom rented Clerks when it first came out.

My Mom decided to tell me about the size of my dad's penis...and how he used to say, "It's not the size of the wand but the magic that counts."

My mom heard me take a political poll on the phone and sat on the floor of the sewing room for an hour, quietly weeping, her tears wrinkling the pages of her bible.

The time my dad asked if I had started having sex yet and for some stupid reason I told him that I indeed had. He then told me he was happy/proud for me about it, then went on to describe his first time when he was 15. This involved the dialogue of "Where does it go?" and such, so it was pretty fucking horrible for me.

I was about 11 and after watching the news asked my mum what a paedophile was. She fucking described not only what they do but how they do it.