Douglas Quaid and his hooker girlfriend Melina return to the slums of Mars so Melina can keep working the place. Seeing the profit, Quaid uses the hologram watch to make multiple copies of Melina to increase the money flow. Melina wants to back out but Quaid gives her a good stiff backhand and teaches that bitch where her place is. Melina cries and goes back to blowing mutants for credits but eventually that goes awry because no one likes a sobby hooker.

Enraged, Quaid makes another goofy face where his eyes get really big and says, "UAGHLARAGHLA. "He tries to kill Melina but since there are so many holograms, she is able to get away. Quaid scowers Mars for her and eventually there is some kind of showdown where Melina kills Quaid in his sleep. This theory was created when there was word that Total Recall 2 would be adapted as a Lifetime Television movie. 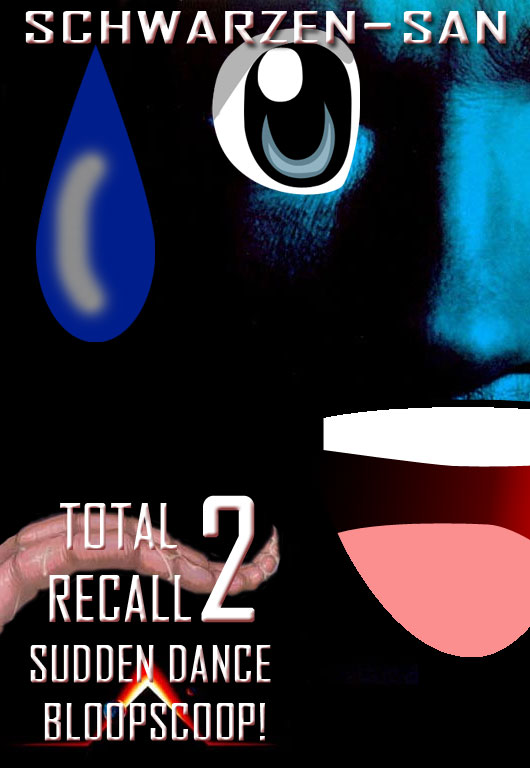 Douglas Quaid and his hooker girlfriend Melina are transformed into anime characters. Even the mutants reel in disgust and head for the hills before any are taken by this fate worse than death. Quaid flies around with some sword and throws fireballs out his ass while Melina runs around with huge tits and giant eyes. There are a lot of animated explosions but no real plot and Melina eventually gets raped by an octopus.

Heartbroken, Quaid takes on the octopus who shoots him forty times. With his last breath, Quaid throws his magical sword at the beast and it explodes, showering mars with blood. Melina runs over to Quaid and kisses him on the cheek which somehow brings him back to life. He says something along the lines of, "your kisses are usually killer" and then the theme from CSI plays. YEEEEEEEEEEAAAAAAAAAAAAAAAAH!