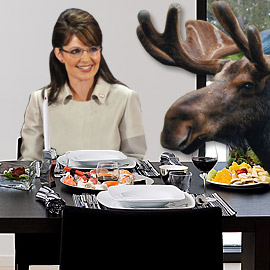 Faux Pho Fo' Four
- What started as a simple recipe thread has become a general discussion of the greatest soup in the world.

Rice, Rice, Baby: The Rice Megathread
- Most of the world eats rice everyday so if you're curious about that maybe you should check this out.
ps if you buy good rice you don't need to wash it no matter what they say they are trying to scare you so they can keep the good rice to themselves when you think "gee I have to wash it anyway why not just eat the bulk grocery store brand long grain enriched rice" because that is the way of sorrow.

Check out these huge oysters I found!
- "Well, I'm not dead yet so I guess they were bacteria free!"

Shun knives at TJ Maxx! Whodathunkit?
- You know how TFR is about guns? These threads are like the GWS version of that, but with less camoflage.

AR sights on an AK!? How to make Mikhail roll in his grave. - Uncle Caveman shows us how to make our low speed high drag AK-47s a little more RTT CQB Tactical Good to Go.

Lets build a .357 carbine! Or, what do I do with these two barrel blanks? - Everyone should vote .357 double rifle, NOW.

The box thread where you tell me i'm an idiot and I don't care - Everyone knows that Keltec handguns are so terrible and non-tactical that only a moron would use them in any capacity, let alone a concealed carry, tactical life saving capacity.

TFR- I need your help. My new AR is FTE/Block-locking.... - You aren't going to be part of the RTTCQB assault team putting that commie bullcrap in your primary body slaying tactical rifle.