Everything related to Hollywood is, by law, automatically interesting. Celebrity gossip is the basis for millions of terrible, pointless conversations every day in this country, and many people devote a good portion of their lives around hearing the latest Hollywood news. "Good" being the operative term, because no portion of the lives those people live is anything but horrendous. This is an uncommon sentiment though, and many upright citizens need celebrity news like a crack head need that first steaming hot cup of crack in the morning. As a society, we have a huge market for filthy, muckraking tabloids and outlandishly banal television shows like Hard Copy, Access Hollywood, Regular Copy, Entertainment Tonight, Access Hoboken, and anything on that terrible E! Network. These "news" outlets are a reflection of the degradation of American society, and people waste millions of dollars each year funding them. Just take a look at this quote from a recent National Enquirer story, entitled "Jennifer Aniston: Sleepwalker" and you'll have an understanding of the problem with these periodicals...

Recalling a childhood sleepwalking incident, Aniston told US Weekly, "I would walk into the living room, and [my mom] would have a conversation with me, and I would not have known it."

Wow, holy shit, that's just incredible and worth five fucking dollars. It is stupidly insane that people pay money for this kind of shit. An enormous amount of cash is blindly thrown away every day by tabloid readers, money which could be better spent to help find a vaccine for hunger, or to finance research geared towards making explosions deadlier. A multi-million dollar industry has literally formed around the concept of reporting on every single movement famous people make. There is a huge audience of idiots on the edge of their seats, just itching to read about every shit taken by John Travolta and every boy that Tom Cruise turns into a man. Being the observant folks we are, the crew at Something Awful has spotted this wild, runaway gravy train, which is just derailing and spilling gravy everywhere, and have decided to climb aboard its rich, gravy goodness. Since this website is a cold, heartless machine devoted entirely to making money, we have switched formats to an online tabloid in an attempt to *ching ching ching* cash in on the stupidity of the average American! Won't you join us in our exciting venture?

Now, in order to be a proper tabloid, this article must be shocking and ruthless, and must contain various shocking, ruthless words in the title such as "shocking," "ruthless," "celebrity," "naked," and "deaths." Now, this next story may not have all the "facts" correct, or be "accurate," but it is crammed with entertaining back story for you to read. Sure, it's totally unethical to lie outright and disgrace the memory of the recently deceased for entertainment value, but the world's tabloid audience has never cared before! So, presented to you in full technicolor, this is Something Awful's first tabloid article, entitled... 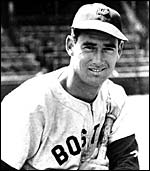 Slick Willie.5) Ted Williams: Fast talking Ted Williams was tragically found naked or dead in his home earlier this summer after being overwhelmed by a severe case of Lou Gherig's disease. Ted Williams was known as the most devious man in sports, and led a life of ill repute. He participated in the sport of "baseball," a game known for practices such as bat corking, game fixing, and charging ludicrous amounts for hot dogs. Now, while there's no evidence saying that Ted Williams is responsible in whole or part for any of these things, can we really trust a man who was affiliated with a sport that has such a shady history? Crimes like murdering Lou Gherig, extortion, and yes, even torture have never been linked in any way to Williams. But it would be naive of us to think that his hands were completely clean of all these. I mean, did YOU know him? Were you there when he murdered someone? Of course you weren't, because many of you weren't even born during William's prime. You have only second hand accounts to speak from, so you can't totally deny his involvement in these crimes, or the Communist Revolution in Cuba. Do your research and you may or may not find UNDENIABLE EVIDENCE OF WILLIAM'S EVIL. The death of this Baseball legend created quite a stir, possibly because of all the misdeeds which might have been committed by him...or someone he loved! 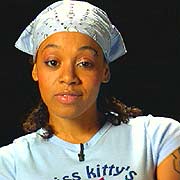 Lefty.4) Lisa "Left Eye" Lopes: Lopes' death was shrouded in mystery because of the strange circumstances that it occurred under. To the naked eye, it appeared a car accident was the factor that did the TLC singing star in. But was that really it? Future scientists who we polled (people in school to become scientists, not actual scientists from the future) have revealed that death doesn't necessarily have to be caused by a car crash! Rather, many things can kill a person. Baring this in mind, who knows what truly could have done Lopes in? In the split second before impact, it is very possible she could have contracted a severe case of HIV from her naked lover. This disease lies dormant in the victim, until finally becoming active and destroying the immune system, leaving one open to acquire various infections and illnesses over time. Illnesses which quite plainly could have killed Lopes BEFORE the impact! This was the smoking gun that the "legitimate press" doesn't want you to know about! But you read it here first folks! 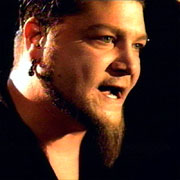 Body + Floor = ?3) Drowning Pool Frontman Dave Williams: Williams was very recently found dead in his tour bus from unknown factors. Drowning is suspected. Now, while this may seem like your normal, everyday celebrity death, this one is special because of the eerie psychic connection involved. Whether you're a skeptic or not, you can't deny that the Drowning Pool lyric "Let the bodies hit the floor!" is very, very suggestive of death or dying. Now, why would the singer, who is now dead, write something about dying? Maybe he knew something...Perhaps, however unlikely as it may be, Dave Williams had the uncanny ability to know that he would some day die! This kind of clairvoyance could have been put to such use, it's a tragedy that we only discovered it when it was too late. Of course, this is all hearsay and conjecture at this point, but those are terms used by the American legal system - a system based on HARD EVIDENCE! With all this talk of evidence, how could it not be true? 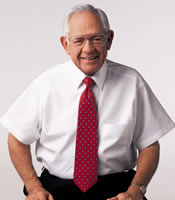 One of you random, lucky folks unkowingly ate him, as was requested in his will!2) Dave Thomas: Hamburger giant Dave Thomas, who was neither a hamburger nor a giant, died recently in what appears to have been related to steamy, hot sex. You see, Dave Thomas always seemed a little gay, and in recent commercials Ronald McDonald hasn't exactly been reaffirming his heterosexuality by running about in such lavish outfits. Very good sources tell us that the two were seen together prior to Thomas' death. This relationship wouldn't be excessively strange, except for one factor: The Hamburgler. His seemingly innocent burger mishaps betray his true brutal nature. As evidenced by his black mask, the Hamburgler was big on the underground S & M scene. He was in a brutal dominant relationship with Ronald prior to the Thomas affair, and his sadistic behavior was observed b many. Reportedly overwhelmed with jealousy just days before Dave's demise, Mr. Burgler used his celebrity influence to suppress any evidence of his involvement. 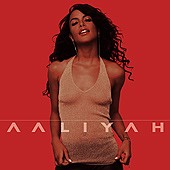 Bombs away!1) Aaliyah: Possibly the most tragic of all celebrity deaths in recent memory, Aaliyah's death isn't so much about her, but the thousands that died when she crashed her plane into the World Trade Center. Who knows what made the young starlet do it. It could have been years of sexual misconduct by beloved child molester R. Kelly, or perhaps a brilliant ploy to increase sales of her crappy album tenfold. But whatever the cause, the ends were the terrible and did not justify the extreme means. Still, she had quite the interesting death, and bonus to her because of the interview on MTV she did just prior to exploding into a gooey mess. It added a strange mythical quality to it, much like that of classic celebrity deaths such as Kurt Cobain or Brandon Lee. She went down in a blaze of glory, and also in a blaze of what was probably extremely hot fire.

Honorable mention goes out to Layne Staley of Alice in Chains, and to Hollywood's most lovable midget, Dudley Moore! Don't worry guys, if Buddhists are right, you can just try again in a few years. We here at The Awful Enquirer are also looking forward to such exciting future celebrity deaths as Brad Pitt, Abe Vigoda, Sly Stalone, and television's third favorite mom, Lost in Space star Maureen Robinson! These will guarantee maximum profit and readership because the entire tabloid audience is a group of vultures who enjoy endlessly rewarding those fine folks who prey on death, misery, and pointless celebrity gossip! We are a benevolent organization however, and for every dollar we make, ten cents will be donated to the National Organization for the Advancement of Explosion Deadliness. So please, have a heart and continue to blow your money on terrible tabloids which make a mockery of journalistic integrity. This is something that affects all of us!

New Rom Pit review is in the hiz-ouse! This is a game you may all fondly remember, called "Mad Max." Let's take a looksy... 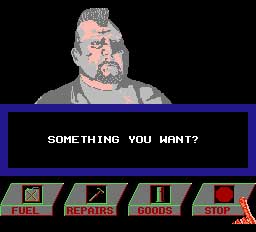 Loyal readers, check it out! The Rom Pit lives on!