ANiME NatHan is watching anime again ask him questions i wi
- ANiME NatHan is a very knowledgeable guy! He is sometimes angry about things and really likes anime. Anime Nathan ladies and gentlemen; bought to you by 'Detective Tiptoes'.

welcoem to byob BeastUK ! : o )
- 'Mr Slug' digs up the dirty past of forums Grendel 'BeastUK', a poster who has been ejected from every forum under the sun for his outlandish views on pretty much everything. Drama~

baby - '3toes' gets the ball rolling with this summer's smash hit. A true tour de force of the moving picture. Movie lovers take note: this assortment of video novellas, ruminating the philosophy of people falling over in weird and funny ways will enlighten, entertain and inform.

tell me what to etch a sketch - The Etch A Sketch is a modern marvel. Utilising space-age technology in the form of a series of complex dials and whizzes, an artistic operator is able to transmogrify the opaque and lifeless canvas to one of startling beauty. Forums Tracy Emin 'Cusnacks' shits in a bed inside a tent and wows us with his skilful command of a child's play thing. 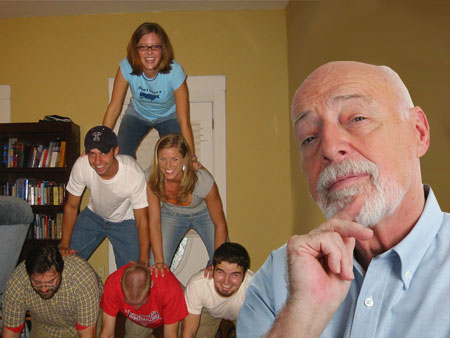 Ask me about parasomnia (Sleep Paralysis). The Cleaner is a paraplegic trapped inside a fully able body. When the night time comes his inner-self comes out and he's left lying limp on the bed, wishing he could move his legs.


Ask me about being a Professional Poker Player!. Imsakidd earns megabucks playing java applet poker online. One day he's going to retire and buy himself a real deck of cards. Livin' the dream.


Experiences with CouchSurfing.com?. Travel the world, one couch at a time. It's moments like these that make me regret buying plots of land on the Moon instead of furniture.


Ask me about Scottish politics. Remember that bit in Highlander where Sean Connery tells Christopher Lambert to pretend he's a stag and run down a beach? Then they play with swords for a bit and Sean tells Chris that he should dump his girlfriend? Scottish government works a lot like this.