Need help overclocking my eggs - Today's motherboard software business is not really that satisfying. Usually you go with a board that follows the reference driver design of who made it like nvidia. Someone needs to put their 40hours down at the plant, so they come up with awesome diagnostic/overclocking utilities. Bad thing is, the programs look like they were drawn with Crayola. Oops.

XP Beautifcation Volume IV: It's that time again - So do you feel jealous of your fellow mac nerd's desktop? Try out some of these kernel replacements which will make your desktop shine. Also, fucking anime wallpapers. I know you can't get enough of that shit!

Can Aquaman talk to penguins? Don't know, but this is some pretty freaky deaky shit.

Enough naughty words to confuse a foul-mouthed geek In the latest issue of Avengers: The Initiative a character by the name of "Gauntlet" makes this enigmatic statement: Soldiers ARE heroes. Say something like that again, sir, and I will rip off your @%$# and @%$# down your @%$#. Is that clear? So begins the great quest to find out what exactly he was trying to fucking say.

Funny Panel of the Week
thanks Bob Dobalina 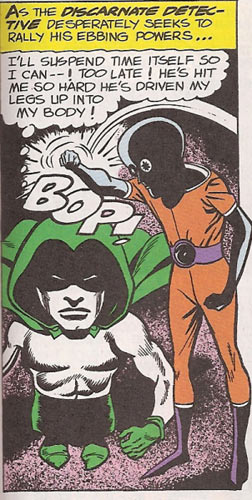 BSG: Long on bullshit, short on everything else Its Goldmine trip time as Tony Danza's Ho takes us on a trip to visit the dwarf with the most out of proportion ego ever. The whole thing ends up in a mocking poetry slam, so... there's that.

Fuk u mom i do wut i want I totally was fucking my fiance in the ass (after 3 1/2 years of begging) but then it turns out the next day my moms gets all pissed off about it. What the hell? Then when I told my dad he didn't even high five me!

FYAD poster outcrazies anything seen in GBS to date A companion piece to the original FYAD thread about fwt going tha crazy and carving shit into his body. But who cares about that, the great "what is a sandwich" debate rages on.

Hotpants, you ignorant slut The thread that has it all; bannings, massive amounts of sass and even a mod quitting a forum due to the sheer stupidity of its posters.