I had several targets lined up, all commonly reader-submitted groups that seemingly normal people embrace. Then I heard someone earnestly singing "I'd get a thousand hugs/from ten thousand lightning bugs/as they tried to teach me how to dance," and I knew everything else could wait a week, because this was a fucking emergency. 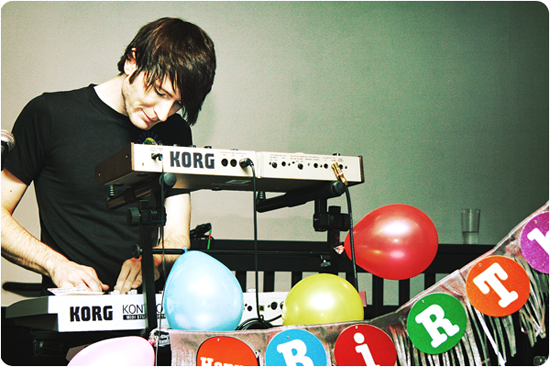 After suffering for hours at the hands of intentionally shitty groups, I wanted to find a terrible band that not only believes its songs are actually worthwhile but also professes that its music is but a vessel for an important mission. And at this point, it was too late to book tickets to the Gathering of the Juggalos. So basically, I should have just started scanning the Christian rock charts. Instead, divine intervention delivered Owl City's "Fireflies" to my radio dial.

Owl City sounds a lot like The Postal Service, which demonstrates the pointlessness of Ben Gibbard's efforts to establish himself as a Bono-style vocal brand. For the past few Death Cab for Cutie albums, he has painstakingly overemphasized the quirks in his delivery. It's been like watching a painter who could have relied on subtle stylistic distinctions to establish his identity, but instead decided to increase the size of his signature until it dominated the canvas. Whenever you heard some breathy dork crooning "clever" phrases, Gibbard wanted you to know it was him. And now some random Christian with a stupidly precious alias comes along to appropriate all his eccentricities.

To clarify, Owl City doesn't resemble Death Cab, only The Postal Service. So, this group sounds like a knockoff of a spin-off. It's like a sitcom writer stealing all his material from episodes of Joey. Christians haven't been kind to The Postal Service this year, with the choreographed metalcore clown brigade Confide defacing "Such Great Heights" earlier this summer and now Owl City tricking people into thinking they've made a brain-damaged comeback.

For a derivative act with several glaring deficiencies, Owl City elicits cultishly unanimous praise. Of the 46 Amazon reviews for the new album ocean eyes, 45 assign it 5 stars, and the sole 4-star voter calls it "pure magic" and "like Disneyland in a song," docking it a star solely because "the lyrics, as wonderful and original as they are, were not as God-centered as I had hoped they'd be." Having listened to it, I contend ocean eyes has myriad faults other than "not quite Christian enough," and I'm prepared to rebut the cogent arguments that Owl Eyes advocates offer on Amazon.

This would count as an interesting, creative analogy, except Owl City's fans really are overweight 4th graders.

This image actually makes sense. It's easy to picture someone stuffing gum into their ears to muffle Owl City.

He takes a G-rating and turns it to "grating"
With a voice that your ears should have no trouble hating
You can feel all his fruity tunes enter your head
Then shake to dislodge them as you wish you were dead
This hideous pulsing disc slowly depraves
With beats you might hear at the lamest of raves
You'll be in a techno hell, wasting away
As a simpering voice recites words that are gay
Seize and collapse as your mouth starts to foam
As vicious as Catholic school, or rule of Rome
Wait, that was Gibbard's line, this man in his place
Annoys as much with his voice, even more with his face
You'll never again hear of something so shitty
As this blubbering man-tot who goes by Owl City.