Stuff You Will Hate VII: Too Cool for School! 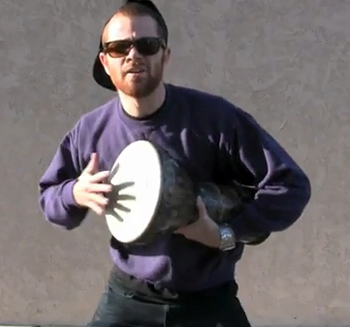 Big Chocolate, "This Is How Cool I Am"

I'm not really sure why someone whose "day-job" music gig consists of power-whistling to blast beats and playing guttural karaoke with his goofy friends would need to "switch things up" with a novelty joke outlet, but here you go, the lighter side of Big Chocolate! Ironic songs in which musicians try to play up their uncoolness aren't "so uncool they're cool," they're just pathetic in a way that has nothing to do with the intentional displays of patheticness. But what do I know, Big Chocolate has already been voted 98 percent funny, and you can't argue with a thermometer metric! Apparently watching a death-metal dude dance to techno is the new (something that was actually humorous). -- GD 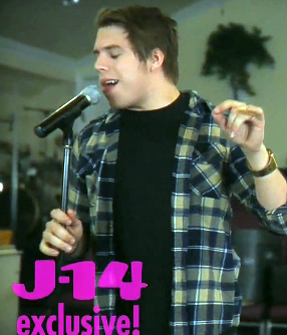 The Audition, "You've Ruined This"

My last few editions have been pretty venomous, thanks to all the hipster/indie stuff Andrew sends my way. The Audition make me feel like there is still a trace of decency left in this hollow world. I actually LOVE this song. Coming off like an even less edgy update to Something Corporate, The Audition plays G-rated power pop, and its members' homely looks and doughy physiques are non-threatening enough to put worried parents at ease. They look like they'd rather be destroying the buffet at Shakey's Pizza than banging groupies -- if Norman Rockwell painted a punk band, it would probably look something like these adorable little chubsters.

Even though it's been happening for years, I'm still a bit disoriented when bands like this record for Victory, the same label that brought us '90s hardcore classics like Fury of Five, Earth Crisis, and Bloodlet. For example, this video is a partnership with J-14 magazine. I am not really sure what that is, but one of their other videos is an exclusive look at Justin Bieber's "signature hair trick." It's definitely not the Victory I knew and loved in high school, but I'm sure The Audition fills Tony Brummel's money bin much faster than reissues of the Even Score and Billingsgate 7"s. -- Sgt. D 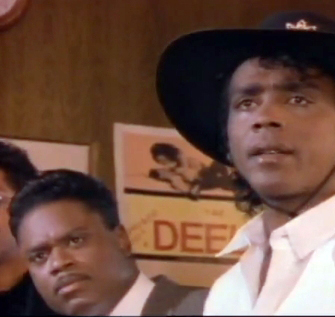 The Deele, "Shoot 'Em Up Movies"

I feel a little jealous of Sgt. D's happiness. I mean, he actually liked The Audition, whereas I had no fucking chance of enjoying any of the shit he sent me. So I guess I'll just write about a song/video that rules, even though you'll probably hate it, given that my previous attempts to get readers excited about '80s R&B have been met without enthusiasm.

There are some amusing aspects to the video, like how the burly jerks The Deele admonishes for hassling a theater employee ("I told you I wanted lots of butter!") look like they could easily take the band in a fight, and the way these guys not only don't take off their sunglasses to watch the film, but also put them on specifically to do so, and the dubious suggestion that sitting down next to a female stranger and eating popcorn seductively while staring at her will result in a romantic connection. But the melodies and harmonies are incredible, the musicianship is organic and impressive, and the lyrical theme -- watching an action movie with a loved one -- is universal and fantastic.

It's possible to imagine some scene band filming a similar video concept -- with a lot more winking and yeah-we-fucking-get-it slapstick -- or titling a song "I Met My Baby at the Shoot 'Em Up Movies," but having the actual lyrics deal with whatever the fuck Fall Out Boy's wackily named songs were about. They could never do both at once, because they get too distracted with their own "cleverness" to stick with a theme. This video provides everything the song suggests, and sometimes more -- a hapless projector tangled in film reels, gesturing in vaudevillian exasperation -- but never less. The Deele's L.A. Reid and Babyface went on to do great work as producers, but I'm sure they consider this video their crowning achievement, much as I consider it the finest one ever featured in this space. - GD