YOU CAN'T TRUST A RACCOON TO HARLEM SHAKE

Those were the salad days my friends. Now I am bit up by wildlife trying to work off these false charges about my manifesto.
Friends, womans, country western fans, the state of my unit is tusky. As hell. It's got to be either this new cocaine I got my hands on called Cocaine 2. It's cocaine, but it's blue. Or it might be the dog fertility pills I have been chopping and tooting ever since me and Bodie hijacketed the UPS truck from outside of Pet Smart. I bagged all the pet meds and Bodie drove the truck into a fishery tank to create a reef.

The point is I am randy as a timberwolf so look out ladies. And by ladies I mean nobody because of course I am a happily married man wink WINK WINK WINK WINK WINK...WINK...

I have been up to some trouble ever since I published my manifesto on facebook targeting my enemies on the police force of Wasilla. You might not have had a chance to read it because Zuckerman took down my whole Jug Jammer facebook profile along with all of my pictures of my kids and dogs. Basically the jist of it was that Wasilla pd has ruined my career as a man about town, have got me banned from all public parks, will not issue me a driver's license, and have put me up on all sorts of charges. I told them that now I am their worst nightmare and they had better look out.

Which I guess constitutioned a threat according to the judge which is a violation of my probation I got from attacking a subway sandwich artist for ruining my februany by forging food and trying to give me a log of hog turds with mozerella and ketchup. Motherfucker I told picasso back there flipping cheese slices that my kid could make a better footlong and he's not even three. He gave me some sort of attitude about how I ate the whole thing and offered me a free cookie which I ate and I said that cookie was bullshit too. Famous amos is going to hear from my fucking lawyers.

Long story short apparently making a man eat his own beard is a second degree felony. I thought for sure I was going to get time in lockup which would be cool because I could hang out with Tucker and reopen my pruno bar in the laundry, but no, the judge said the jail doesn't want me anymore. 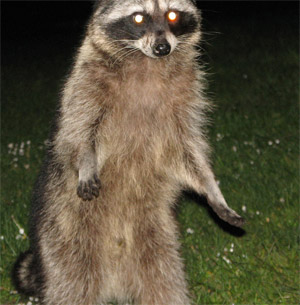 Don't think these fuckers will hold sitll or dance when the music hits and no, you furry dildo, I don't need 10,000 bloodcoins for 99.99 stay out of my apps.So then they put me on probation and I wrote my manifesto to strike back and it turns out there is something worse than having to get tested every week to see if I have shot drugs: community service. They put my ass up at the Wasilla Wildlife Center which is fucked because I don't know shit about animals except they taste good and apparently if you try to jump a moose with your four wheeler it's endangering protected wildlife, but park service doesn't have as many guns as me so good luck enforcing those fines.

There was this lady there named Deborah who looked like she'd had her hair tied in the same ponytail for forty years and this other girl named Tina who was younger but if I had to fuck one of them, and I might, I'd probably bang Deborah because even though she is old as hell she looks like she is a dirt girl. Like you should see the way she cleans a turtle with a toothbrush it's like "yeah I bet his plastron needs to be cleaned I got pyramiding going on right now all over down here watching you work that brush. Dem forearms."

Mostly I just haul stuff around like their slave and they don't even pay me money. SOmetimes families come in to look at the animals that were hurt and we're rehabilitating. Like owls with broken wings and foxes that somebody might have shot with an air rifle (I'm looking at you AJ) just to be a fucker. It's pretty sad like what do you even do with a baby bird that is all fucked up. Deborah told me we can put it in an incubator and feed it with an eyedropper and I was like orrrrrrr we could smoke them out on pcp. Have you ever watched cops, DEborah? Like even once? Because if a 200 pound dude can sherm it up and suddenly he can punch through car windows and doesn't even feel tasers then I bet this little fucked up goose will be able to eat some grapes after I put him in a box and puff.

The drones at the meme factory may be getting restless but these raccoons are going hog wild on the snickers in my pocket.Well that got the old veto and guess what those motherfuckers died. Most shit people bring in dies. It's super depressing. Worse than the time I had to work 40 hours at the old folks home. Do you want to see an old lady who can't remember her own name pooping in a sink? Well that show is playing five times a week out at Sunset Meadow. I'd rather that than dig another hole for messed up animals.

One cool thing was we got a bunch of baby raccoons. And normally when you pick up a raccoon it will only put up with so much shit before it tries to tear your face off, but these dudes were docile as hell, so I tried to film a harlem shake with them. I mean I saw buzzfeed did it and I just had to do a harlem shake because I wanted to be one of the 19 hilarious memes that will destroy your productivity. But raccoons will not hold still or just chill the fuck out. They were all over me like the stage at a sugarland concert, pulling down the camera, messing with my youtube player, installing the ashley madison app on my net10 phone for my wife to find when I forget to take it off there and I'm trying to tell her that if she thinks I'm texting somebody else she should just go into my phone and read my text messages. And then she's like who is RICKYHOLLYWOOD69 on Ashley Madison then Levi??? And I was like I made that profile duh but it was to teach the raccoons a lesson about how Christian Mingle is way better anyway because you will meet these wives on Ashley Madison who are just trying to jump out of their marriage and into another marriage but if you go on christian mingle it's all "I'm saving myself" which means crazy anal.

Like those christian mingle girls are PRIMED. You just tell them you believe in Jesus and that you're really serious about waiting until marriage and bang boom like ten minutes later her top is off and you're getting thrown out of the pizza pick up at Papa John and then the manager comes out five minutes later and yells at you and says if you don't stop trying to tear up guts in your pick up in the parking lot he is going to call the cops. The point is, fuck raccoons. They are all sorts of trouble an honest man doesn't need creating drama in his life.

They may look cute, but they are out to fuck up your world.