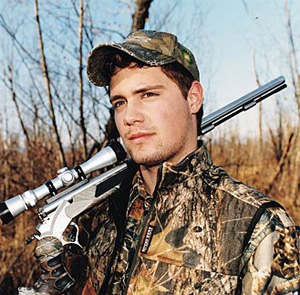 being a hunter isn't just a hobby it's a part of the lifestyle of living in alaska similar to drinking rich and rare, fist fighting, sex in outhouses, and knowing which animals are technically banned from hunting, but the ranger will give you a pass on if you shoot oneYo, if you are a liberal I am on a beef with you, so buckle up and get ready.

I have been keeping it quiet in semi-retirement, just taking care of my kids and trying to get a new job at the Coldstone Creamery in Palmer but I failed my ice cream tests for trying to chop up pills and put them in chocolate ice cream. Ted sent me home and I was like Ted, did you even TRY that shit it had marshmallows, walnuts and cat seizure pills? I call it Rocky Garfield. Ted wasn't having it so I guess I am going to have to try to get a job somewhere else like a nail salon or something. Fuck Coldstone. That was a bestseller right there.

That's tan genitals to the point I am making which is what the fuck is up with this gun bullshit? I saw on the news today that Obama wants to take my guns. He put 23 amendments down and signed them and is going to ban magazines and have a database for crazy people so they can't buy assault weapons. Which is a BIG TIME fucking problem for me, because I have faked being crazy so many times to get prescribed anti-psychotics. They call me Chinese Levi at the pharmacy because when I walk in all kinds of red flags start going up. It got so bad that I had to start making these disguises. Like fake mustaches and wigs and stuff.

But then they could see through that, so I tracked down a hollywood makeup artist under my ricky hollywood persona and I became his apprentice. He taught me how to make puppets and do creature effects and squibs and shit. Pretty cool. But the main point is if you give me some latex, camel hair, a paint kit, and a pot of spirit gum I will be whatever. I bought 500 packs of sudafed as a predator and nobody said shit. I even got the mouth to pop open when I hit a button with my thumb. Went into CVS an hour later as Mrs. Doubtfire and they gave me a prescription for menopause medicine, which if you crush it up and cook it gives you this hot flash high that is amazing.

I was so good at it that shit was even called Doubtfire on the streets until some other fucker out of the Fishhook trailer park started cooking synthetic menopause medication and called that shit Tootsie. Plus they put up pictures of Predator and mrs. doubtfire at the CVS so they know not to sell to me when I walk in. I'm working on my three-man giant worm creature costume with articleated face, but I need to find the right voice actor to do his VO. 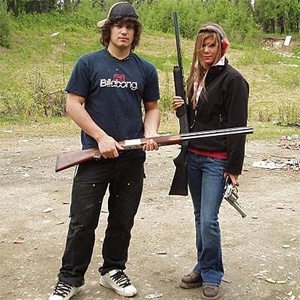 yall make no effort to even understand the issue or know about guns. Like what is the gun I am holding in this picture? Do you know? Let me know if you do because I can't remember either.The point is you liberals don't understand gun culture. Joan walshes and rachel maddows going up on the tV talking about machine guns and clips like they even know what is going on. Motherfuckers it is a magazine a clip is what I carry my money in and machine guns and automatic weapons are banned unless you buy a kit off of the Internet that converts a semi-auto rifle into three-round burst which is still technically not automatic and is also illegal but you have to do what you need to do to be able to hit a duck. Those motherfuckers are fast as hell when you start shooting.

So in addition to being ignorance about the guns, liberals don't know the constitution, because it says right there in the second ammendment that you can't infringe upon the copyrights to bear arms. And something about a militia, which I am technically in a the 1st alaskan defense brigade which wants to keep alaska for middle alaskans. Which means not mexicans and not going back to innuits. The middle ones were the right alaskans. We have a buried camper full of canned tuna and jugs of water but then it got extra cold last year and all the water jugs froze and cracked and then in the thaw they flooded, so we tried putting fish down there to live in all the water, but then it froze again. But you can still eat the tuna.