OUT WITH THE OLD IN WITH THE NEW (DAUGHTER) 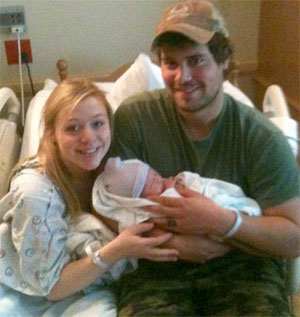 Everything is going great there is no problems here.What the fuck is up you felons? I hope you been keeping y'alls tinkle wrinkles on standby mode and your voter ID up to snuff.

My out of wedlock baby daughter got born a couple days ago (September 12th I think IT'S A BLUR!!) up in Matsu. Her name is Breeze Beretta Johnston after my favorite wind type and my third favorite gun type. I couldn't use SPAS that's a boy's name and Bodie knocked up an eskimo girl from Nunapitchuk and used my other good girl's name, Mossbergina.

Sunny, my sweetheart, had no problem at all giving birth. We were watching tapes of me jumping four wheeler's out by Tucker's cabin and she thought maybe she farted and then the baby just came rolling out of there like a critter ball. Mostly because of this birthing technique I read about on the internet. It's called Hills Bros style where you get yourself a coffee can and cut out the bottom, grease it up real good and just sort of drop it in there like a cookie cutter. Then you roll a 16-inch softball in and out a few times. Do that enough days and you can take the coffee can out and it just sort of stays like that.

I hate going to the hospital though. It reminds me of the time my grandpa was in the hospital. I remember going in there to his hospital room and how sick he seemed and how scared I was. He was there to get a pump put in his balls that let him pump up his chode like one of those shoes you used to pump up. He never was quite the same after that and he died soon after. Got shot by a security guard trying to rob a credit union with a dry ice bomb.

So I was standing outside by where the ambulances pull up smoking some bath salts trying to get my mind off all this hospital bullshit like the beeps and stuff and somehow I smoked myself through the black doorway. Usually this is where I see owlman so he can drop some stupid owl wisdom on me like purity of heart shit and do some pushups fatass and learn how to meditate about chantras or crystal orbs or something. Fuck if I know, I am usually like whatever owl dude, see you on the other side of these trees. But this time I went in there and the room was all red and there was just this burning eye floating in the middle of the room. 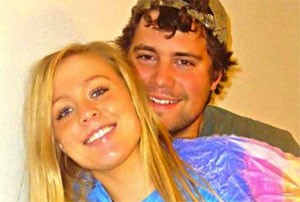 Me and the little lady during simpler, happier times where I didn't have to think about her pooping during child birth.I can't look any other direction I just gotta look at this eye. And it's like an evil frigging eye. Like have you ever accidentally drunk drove a 16 year old girl through the glass front doors of an Auto Zone while she was giving you a hummer and accidentally broke her collarbone on the shifter of her dad's ugly ass rag top lebaron? That look her dad gives you when he finds out what happened and starts talking about statues and the r word like uh dude I didn't drop peanut butter down there and trick her into chowing down I just got her high as fuck and dropped brain and she couldn't resist. The eye he makes right after you say that was how pissed off this eye looked, just floating it up in there all flames burning around it. Pretty creepy.

Then this voice boombs into my head like I fell asleep listening to Adam Corolla podcast again and wake up right as he is yelling about the lazy Mexicans he pays to toothbrush-clean his cars' fan belts. But it's higher pitched. And it says to me "November 7th 2012 is the day I will ascend and devour this realm" and I was like what the fuck is a realm, eyeball. And it sort of stops its diet tribe thing it is doing and tries to explain "this existence you call life will be consumed."

I was like "you can have it eyeball I got so many headaches I don't know where to begin. Two baby mamas, maybe a third if that second test plusses up on Dakota from the Bob Evans, my mom is back in jail for stabbing an EPA official with a tong, which I don't even see is possible, and then add to that I got these crazy owl man visions ruining my shit and taking hours out of my night like fire in the sky is going on and I got my temporary driver's permit taken from me from a cop for supposably side-swiping a school bus at a railroad crossing and I can't even hardly get anybody to drive me to meet halfway with Inuvuk from the first nations cigarette store in Whitehorse to do a trade on my cousin's crystal in exchange for tax free marlboros." 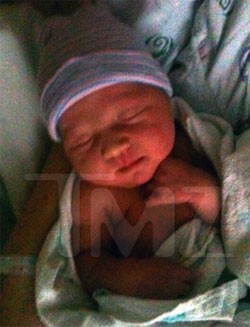 This is a badass in the making. Baretta is going to blast her way to the top.I was like "WHAT NOW??" and that stupid eye didn't have an answer. Then I was back in real life and I had somehow climbed into an ambulance and put on EMPT costume and I was doing CPR up on this maternity nurse named Patricia that might have looked like Rachel Maddow wearing a Howard Stern wig but beggars can't be choosers when you're exiting fucking owl man's lodge reality. But then I couldn't bust sauce because all I could see was Patricia had invisaligns on and her breath smelled like cabbage and she had these weird tits that looked sort of like maybe she had a third one in the middle at some point but then she had it frozen off like a wart. I mean you could lay a phone book between those things looking off to the sides like rango.

MEanwhile I guess that dipshit mitch romney did something about 47% poor people will never vote for him so he doesn't give a shit. I mean the dude shouldn't give a shit about poor people. They don't do anything for him. When was the last time a poor person did anything nice for you? I was at the welfare office to get paid and I pulled up on a four wheeler I was test driving and I accidentally drove over a stroller and this lady just goes fucking ballistic on me talking about her baby which was FINE in her arm the stroller was empty. Meanwhile this other guy started shoving me because I pinned him to the wall with my four wheeler or so he claims I didn't see any proof because he got un-pinned while I was throwing that dumb bitch's busted up stroller into the retention pond. He kepts pointing to his bloody knees like that proved anything. I was like "all kinds of people get bloody knees you might have just been on a carpet getting plowed by a champ not everything has to be some 9/11 conspiracy."

By the way. Look up lost change. Complete mindfuck. Also watch penn and tellers bullshit. IT will change the way you think about a lot of shit and that is what we should always be doing. Thinking of things in different ways. Beside the box. Like you ever see a baby pigeon? What happened there.