HO HO HO bitches WHATMerry christmas you little homos what the fuck is up? Levi Johnston is up as in back up in this bitch. Bet you weren't expectin me in santas bag this year.

I dont care if you been naughty or nice girl as long as you got fat titties and that ass is like a big sideways hamburger. Gotta get that burger ass is the Hockey way. If I can be real for a second, please, please, please take care of yourself girl. I do not want some nasty roast beef and cheddar spilling out all cheesy from those buns. Clean up and use some products up there.

Annnnyway, no doubt you internet people have read all over your computers how Sherry Johnston got busted. It was on TMZ and shit and the evening news. Technically Sherry is my mom but I do not call her ass mom since like fifth grade when she made me go to ten different doctors and tell them my back was all fucked up from hockey so she could get ten prescriptions for codeine from them.

Me and sherry purely have a business relationship. Which is why this christmas is gonna suck twice as hard (really its gonna suck more times as hard than that, but hang on and let me get to that other stuff later) because not only does everyone think my mom is busted I also lost my number one oxy supplier.

Crazy Ray doesn't cut his shit like Sherry, but he is a tweaker and I don't like going to his apartment because he talks faster than I can hear what hes saying and all these hyper motherfuckers are in there picking at scabs and shit. Looking like dawn of the dead and eating chef boyardee straight out of a can. No I dont want to play mario kart with your rotten ass face bitch, get off the couch while I do this deal. Goddamn.

Just on like a coincidence or something these two dudes wanted to assassinate the new president guy obamna and I KNEW them. They used to score from Ray, a couple of white power homos went by the names lime ricky and pepper.The worst is when you go to Crazy Ray and hes fighting with one of his boney girlfriends looks like she should haunt the woods or some shit and he makes you sit there while they fight. One time I had to stop him choking some bitch who spit on him. They're like animals in there. And then that time they didnt even have my oxy so I had to go back to Sherry anyway. So I pretty much stopped going to Crazy Ray but looks like if I want to relax over the holidays I will have to look him up and hope he isnt back in jail.

I think Bluto has his number from when he was buying horse pills from him.

That's besides the point. Point is Sherry "PIllz" Johnston got her dumb ass busted and there goes my oxy and my mom. Not that I need my mom or nothing. I am 110% self suficant. When you think about it in the 2000th century mom has pretty much been replaced by girlfriends which are like moms you fuck and then taco bell and pizza hut which are like a bunch of moms you pay for your food. Sherry has NO CLUE how the fuck to make a crunchwrap supreme.

Sherry and her boyfriend Bruce who sells boat insurance or some shit still live back in Wasilla, but I used to visit like once every couple weeks to stock up. Yeah, sure, Sherry cuts her shit. But at least the worst I had to deal with was Josh, Bruce's kid, who is like this fat little fuck who plays computer games all the time. 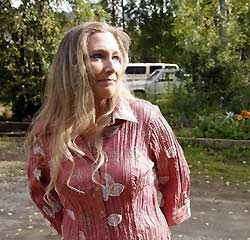 Way to go Sherry. What a fuck up. This bitch does not know nothing or do nothing right.I'm all nice to him when Bruce is around but when he's not I pull that shirt over his head and slap that belly until it turns red and josh starts crying and then sherry is like "what the fuck happened" and I'm like "little nigger slid down the carpet steps and messed up his belly look at this shit" and then I'll pull it up and slap it a couple more times.

One time I spilled my labatts and he was like "epic fail" and then he said "lawls" and I was like "what the fuck did you just say?" and he said "L-U-L-Z" and so I slapped him across the mouth and pushed him over a table and Bruce had to grab me by the shirt. I told Sherry don't ever let that little faggot come near me with his french bullshit he was talking like I didn't graduate high school or some shit. Pretentsice motherfucker.

He used to think I was cool as hell but for some reason now he dresses all in black and listens to his itunes all day. Whatever as long as that roly poly bitch stays the fuck out of my business.

Lately our relationships has been strained by events. Mostly because I am drunk as fuck all the time waiting for this goddamn baby to happen and Sherry is like "Bruce said you can't come inside so I packed you a box of drugs" and then I hand her the money. She was all pissy about secret police or whatever but those dudes are long gone. I did get a christmas card from that old zombie dude that was always hanging around and get this he wrote me a check for 10 dollars for christmas.

Ten dollars! That's like not even five pills. I tried to sign it over to Sherry but she didnt want it and I'm like what the fuck am I supposed to do with this I don't even have a bank.