Shit is over doggies and it looks like your boy Levi ain't gonna be no duke of no America. My phone is blowin up like party balloons with all these media people try to call me to get my reaction. I don't know why they are bothering though.

I am like my crazy lil' nigga trib. That dude just stare off a million miles away and don't give no fuck about nothing. A bigass beetle could crawl up on his head, crawl right over his eyeball, and dude does not give a single fuck.

I am just like that shit. I am zen as hell. Unfazed by this nonsense.

Whatever happens to mrs. palin and that old dude, there will always be hockey and beers and titties and unless Bar Roboma is way worse than commie and abolishes huge juicy titties and beers then I will survive.

If that shit happens, well, I dont want to mess around with secret police guys but I will have to pull a jersey up over that bitch head and skate him into the glass. 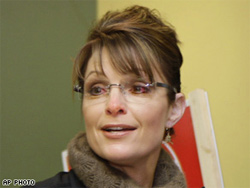 fuck all of yall for makin mrs palin crySo what will Levi Johnston do with his life?

Not Bristol AAAHHAHAH. Bitch is fat as hell and talking about "my back hurts" and "take me to get amniocentipedes" or some shit and I am like "bitch your mom and gandalf got fucked up by a black dude there aint no way I am haulin your fat ass around to get some bugs" and then I popped a wheelie on my new honda and peeled out down the street!!

I am through playin nice. Team playin is for the ice. When I am off the ice I am playin for keeps with just me, Levi Johnston.

I got to look ahead to my careers and what fine ass guts I want to get up in. One thing I noticed is people are all talkin about some shit was in newsweek where they had all these crazy shit and all these little facts that they kept secret until now. Like here is one:

At the GOP convention in St. Paul, Palin was completely unfazed by the boys' club fraternity she had just joined. One night, Steve Schmidt and Mark Salter went to her hotel room to brief her. After a minute,Palin sailed into the room wearing nothing but a towel, with another on her wet hair. She told them to chat with her laconic husband, Todd. "I'll be just a minute," she said. 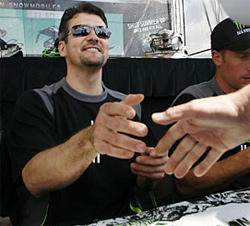 TODD is a DOUCHEYo, I admit it, that is where I got that word "unfazed" I looked it up and it means "bad ass" or something like that.

Anyway, big deal seein mrs. palin in her towel I seen her with her titties hanging out one time and I was like "fuuuuuuuuck" and I was gettin all pumped up and ready to do her hard and then I looked over and todd was sittin there without a shirt on on the couch and he was smilin that lactonic motherfukcer.

I didnt want a part of that scene so I said I had to take a dump and I left. Point is, if everybody is talkin about this shit there must be big money in these crazy ass factoids about the campaign and shit.

Well guess who has got all the craziest shit you can't even imagined? Me I am the dude who got that shit.