here come the l-train bitches"It was the best time and it is the worst time."
- Shakespear, a long as time ago

Yo I didn't plan to be back already, but what the fuck? The shit is really hitting the fan now and my new years is trashed so I might as well post this shit here on the Internet.

As some of you may have heard bristol had her baby that everybody was all excited about or whatever. I always said I didn't want no fucking kids, but once I heard this one at least wasn't retarded I started to get a little pumped.

I mean Tranch will never score on me. When that little dude is ten maybe I'll put his fat ass on a sled and put him in front of a goal and take penalty shots at him. That's about the best he can hope for in life. But this new baby ain't all screwed up mentally and lazy and shit so he could conceivingly be a hockey star. Like his dad.

The other thing that is good is like when you go to the pet store and buy a gerbil they're always like "yo, faggot, buy two gerbils so the fuckers can talk and shit" because a gerbil doesn't know fuck about people language. A baby is pretty much the same way as that so I figured a brother for tech could maybe help raise him somewhat.

Like how a dog won't be a good fighter unless he fights other dogs or you got to battle a pokemon to get that shit to evolve. I would be like "I choose you baby that is not retarded" but then toque would bite because he may be dumb and lazy as hell but that little fucker can bite if you mess with him wrong. Like if he has a piece of bread on his face don't try to uncover his face he will take off the tip of your finger. 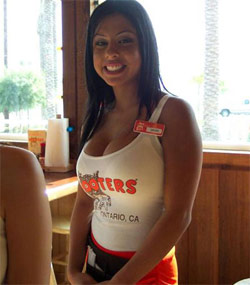 little tip dudes: hooters is like a free strip club no cover or nothing just buy some wings and you can even grab on the girls as long as you are cool about itAnyway, so this is how it went down. I was pounding brewskis and splitting a 50 piece at hooters with Wayne, C-bone, Skizz, and mothman. There was this girl I went to high school with named Carlessa she has a flat ass that still looks okay but goddamn those titties. Now those are some baby feeders.

I was just about to get her number with the old come to hockey practice and check me out routine when my cell starts ringing. I ignored it for a while and put it on vibrate but the little fucker started to shake out of my pants and fell on the floor.

I was pissed but for some reason I remember that Turd was still in the car from like two hours ago and there's about a three hour limit on winter baby in car shit before that's illegal or whatever. They're more sturgent with that in anchorage but in wasilla its cool as long as they don't die.

So I answered the phone and I was all pissed like "WHAT?" because whoever was fucking calling me was cockblocking the shit out of me. It turned out it was bristol she was like "WHAT THE FUCK I AM IN A FIRE TRUCK BEING TOOK TO THE HOSPITAL" and some shit about responsiveness or something,

I was only half paying attention because right as she started yelling and panting like a dog I got to my jeep and saw that little motherfucker Tank had chewed the shit out of my seats. The head rests were pulled off and ripped up and even the seat part was all fucked up and THEN the little fucker tried to escape past my leg but I was able to kick him and keep him in the back. 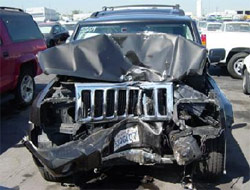 look drunk or not everybody wrecks cars all the time when its snowy and your baby is being bornIt was like he knew what was happening or something. They say dogs know when their master is getting home or whatever and I will always wonder if that fat fuck knew some shit was going down at the hospital. So then I told bristol to hold on and got in the jeep and started peeling out, but it was totally slick and there was ice everywhere. If she hadn't of been yelling and trim hadn't of been chomping on shit and groweling in the back I might not have hit that black ice and rear-ended that bus.

Totalled my jeep like fuck and I think it fucked up my elbows somehow. Torg was ok he just flew up and hit the passenger air bag and then bounced back and hit the window. He wasn't bleeding or nothing. I grabbed him and put him in a plastic bag and ran because I have two strikes and I had been drinking like fuck and I can't lose my shit and go to jail now I have responsibillingties as a father.

Some kids were crying and an old lady with a bloody head was yelling for me to stop but I pushed her into a snow drift and ran like fuck. Some other faggot thought he was a good sampariton grabbed onto my shoulders but right then tring popped up out of his bag and took a chunk out of the dude's face. It was nasty as hell but the dude let go and I was like "that was pretty boss lil' tran dude."