I CAN'T EVEN COUNTENANTS THIS LUDICROUS SHIT ABOUT ABORTIONS 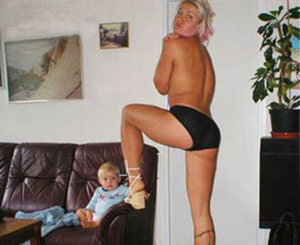 First of all I am pro choice because hot moms can't have babies around cramping their style and ruining all their sexy pics.The similarities between me and Mitch Romney and Ryan Paul end there, because I am not a social conservationist. I believe in letting gay people do what they want, get married or whatever, be a Navy SEAL, marry a computer or whatever. I'm also pro abortion totally, girls should be able to get a redo once in a while, you can't just force them to have babies all over the place.

I am down with babies. I get it. They dig on Elmo and look cool or whatever, but sometimes you got to take one of them out sniper style if you just want to party. Avoid some sort of terrible casy anthony scenario. You want babies in trunks? I don't think so. You pop some horse tabs in there, let it foam, that little sucker will drop right out of there like a dead bat.

The idea that Ryan Paul and this Troy Aikin fucker won't even let a raped woman get an abortion is seriously messed up. What if a woman got drunk at a gang bang and five different dudes dropped snot in her and she was too wasted to consent, but she's cool because she thinks it was the hot dude who is a hockey star who knocked her up. And then she comes to find out it's Edwin that Puerto Rican dude with the crazy bugeyes, I mean, are you going to deny her the right to her future? She gonna run around with a fucked up stewie griffith looking motherfucker trying to get dates, leaving him strapped in his car seat while she does her shift at hot laps blinking on those melon eyes so loud it sets off car alarms.

Here's another scenario. What if a girl got raped by a hills have eyes mutant and what if she is an iraq combat vet like hills have eyes 2 are you actually going to make her have some fucked up ripper baby hill person? You are going to let a USA hero woman die being eaten inside out by a monster baby? This is too far. Not even Jesus would let that slide. He'd be all, "Oh fuck I am against abortion no matter what no exceptions" and then you show him this monster bust out of the woman's guts and he'd be like "awww fuck it let me get a coat hanger and my time machine" and he would be playing claw game on that motherfucker inside two seconds.

Or a Damien. You going to let that slide? 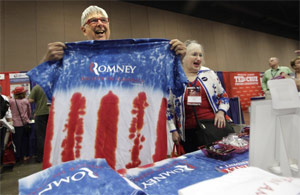 "Oh that is a nice shirt but do you have it in a larger size?"I am going to be doing some coverage of this fucked up Republican convention next week which I am not excited about at all. I get to smell Nude Grinches farts again, watch mrs. palin act like she doesn't really want to speak and talk to a bunch of fat people wearing american flag shirts. I'm sort of person of grata at republican conventions after 2008, but I'll be going incogninja.

I've also been summoned by the owl man bitch to do a sweat lodge vision quest so I've got to buy a bunch of diabetes drugs to snort and build a yurt whatever the fuck that is. Owl man says it is time for me to learn the secret of the wendigo so I can battle the darkness that rises from lake vostok. According to the prophecy vision bullshit I had after I hit my head on a cabinet door, Piper Palin and her followers have built a brass diving bell and descended to the lightless bottom of the lake where she is communing with the benthic nightmares.

I am not sure how it is going to happen, but somehow that is going to unleash evil. Always frigging evil, can't ever be like hot chicks in those giant borat V one piece swimsuits that were popular in 1996 at spring break. I don't get to lay waste to crazy gash, I have to battle she of many forms, the deathless yearner, the spirit of the long darkness.

And I am not doing that unless I am craaaaaazy fucked up on special k so owl man better be holding.