I was in the detached garage I built out of Natty Light 24s trying to get dip stains out of my good flecktarn pants with a gun brush when an announcement came on the radio that Todd Palin is getting a TV show.

Yes the don mega himself, the half-lidded hero who ain't allowed to jump his snow machine within 500 yards of a school, is going to be appearing on Stars Earn Stripes.

I never heard of this show before but I went on the computer and looked it up and this picture popped up and I about puked from laughing: 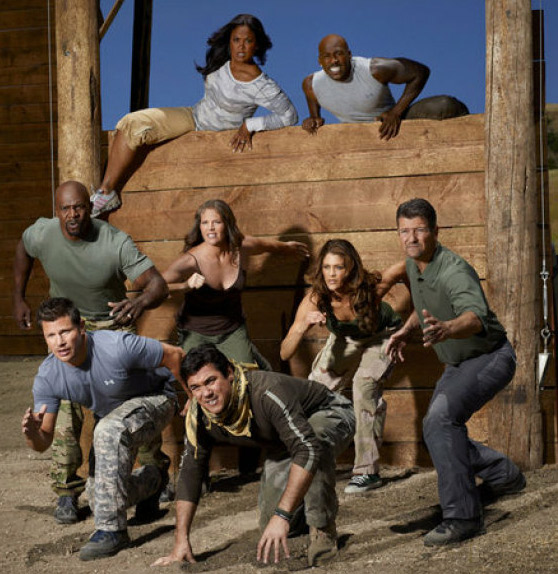 Roughly from left to right: Louis Gosset Jr., that guy who was married to jessica simpson, Laila Ali, I think some lady from a tampon commercial, or maybe that other white woman is the one from the tampon commercial, dean cain is in there and then the other black guy is louis gosset jr. Oh and motherfucking todd palin. 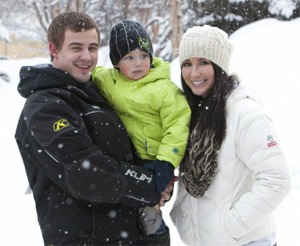 Just what I wanted to see Bristols latest mistake maker rubbing his mittens all over my dude. Nice coat I didn't know cabelas sold reebok jackets in the gay childrens section.Like you know he didn't scale the side of a baby crib he probably just drove in on a golf cart and put his oakleys on the back of his head like he learned from watching food tv but the photographer was like nope todd you lactonic bitch take those off and so he hung them from the collar of his polo and the photographer had his assistant go over and take them off and throw them in the garbage because todd will mess you up when he gives you pills in a smores but he won't fight back if you come at him with your knucks up.

I don't know what the point of this show is. I guess they do obstacles and challenges to earn army stripes or something? I bet the old super creepy molester in the polo who rides around on skidoos totally beats out a couple black guys who look like action figures. The only reality TV show todd palin would win would be if he had a stroke right as the police were coming to arrest him and then to find out where his last kidnapping victim is they have to do an experimental procedure where they send a psychologist into his dreams to discover where todd has his victim hidden.

And like the first elimination challenge is you see a room made out of boners and in the middle is a bunch of people getting slimed on kids choice awards and then it pans over and todd has giant horns and a huge cape and he talks in a is she a great big fat person voice. Also it would be awesome if at one point a moose gets chopped up so you can see its heart and lungs and butt still moving all at once. 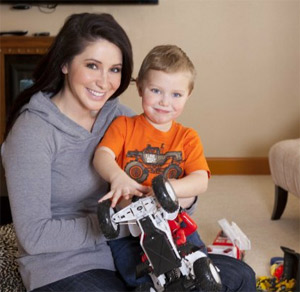 You can tell I bought him that shirt cuz I always buy shirts with pictures of toys I bought him on them.As if that insult wasn't enough to add injury to it I saw the first episode of Bristol's new TV show, Life is a Tripp, and big surprise she carries around Tripp like a purse dog and hands him off to every single dude she wants to put her stink on. In the first episode she decides she has to leave Alaska to go to LA presumably so she can buy a newer face.

Then she hangs out with some dude named Gino who looks like the sort of sex offender she could marry, lets him hold Tripp, then breaks the news to him she is leaving for LA. Sarah Palin is on there too walking around like a cartoon character and there is even a scene with Willow wearing a hat with a glittering rifle on it babysitting Tripp. Yeah, great idea chin kardashian, let's give my beloved son who I adore more than bbq chicken pizza itself to your sister who one time tried to feed chorizo to a horse forgetting that once a horse gets a taste for flesh there is no going back. That is going to work out real well.

I'm pretty fucking sick of seeing the Palins milk this celebrity goat. So here is the buzz paris hilton I got super high with sunny last week on pills and weed and I had this dream where I was a cop who couldn't have any emotion and I had taught myself this super martial art called gun karate. Basically it's karate where you hold guns and then instead of karate chopping them you shoot them. So then the next day I drank four five-hour energies to give myself twenty energy hours and then went out in the woods with my mossberg and two berettas and a trampoline. Sunny must have yelled at me to stop for an hour but eventually she had to run back to the bronco because I was doing my katas. I'm still working on the jumping part but I can hit stuff okay with the shotgun in midair. 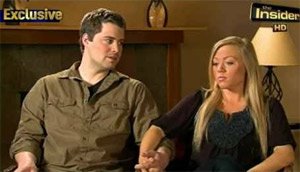 Sunny and me are going to have a huge family and I'm going to name one of my girls minigun and if its a boy I'm going to call him monster garage.I am thinking my TV show should be called Levi Johnston: Bounty Hunter and I could track down criminals and then give people wisdom like "Don't do drugs motherfucking bitch" or "how does that justice smell???" or I could wear an Undertaker robe and shave zig-zags in my head and do that shaking escaping a headlock move like I suddenly got my intensity back right as John Cena was about to pin me. "BOND REVOKED!" jumping up onto a water bed and firing two colt 45s sideways at two different future soldiers. Execute a perfect landing and then bring my guns up like in a praying motion. "And Justice for All."

Alternate idea: what if I am an eccentric detective modeled after Sherlock Holmes and I have to solve crimes of a sexual nature such as "Who destroyed that ass last night" or "how many sets of nuts did this crazy chick barf on?" JOHNSTON: SEX PI. For my wise-cracking partner I think I would like to have Tyrion from Game of Thrones. That dude is so baller plus I could carry him in a papoose. You would even forget he was there and then wham he would rock up out of my backpack and pop his head on my shoulder and be like, "HOW DOES THAT JUSTICE SMELL????"

Characters motherfucking welcome USA network you know that is in your wheelhouse. If you pass MTV better not pass on me again. Teenage moms is ending and unless they bring back Rad Girls they got to know they can't ever harness some magic like this. The rest of you? Like you can get enough of me SIT DOWN bitch.