Congressman Todd Akin and the Committee for Ironic Lady Science 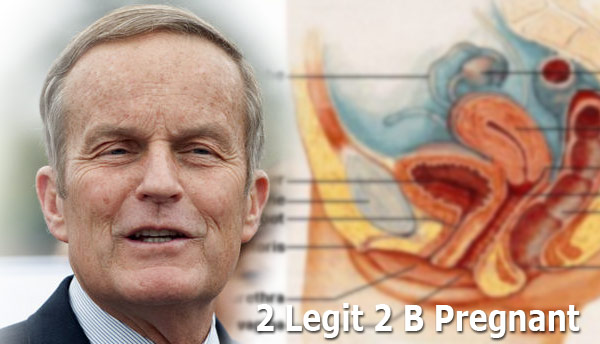 Missouri Republican Congressman and Senate candidate Todd Akin just talked his way into a big ol' chicken fried mess. During a TV interview, Akin was asked whether he supported a ban on abortion even in the event of rape. The topic of bans on abortions for rape victims is already a third rail in battleground states, but Akin had a peculiar justification for his position. He responded by dismissing the concept of pregnancy resulting from "legitimate rape" because, in his words, "the female body has ways to try to shut that whole thing down." 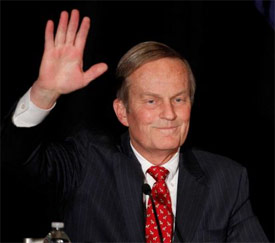 Unwanted order of chowder in your clam? Say "buh-bye" with a squeeze of your rapeaway sacs.In the event that a woman's unnamed anti-rape-baby mechanism fails to deal with the rapeseed, Akin went on to say, "I think there should be some punishment, but the punishment ought to be on the rapist and not attacking the child."

The woman who is the victim of the rape is always excluded from this sort of calculation. Women are no different from a cat in heat that gets knocked up by the neighbor's tomcat. You'll have to put up with all sorts of yowling from the old comforter you put down in the garage, but when it's all over you'll be able to sell those kittens for a dollar each.

Before this comment, Akin was facing a favorable landscape in his battle to unseat Missouri Democratic Senator Claire McCaskill. She was quick to call Akin's comments "ignorant" and "beyond comprehension." Akin sensed that he might have allowed too much of his human face to peel off the leering metal skull beneath. He issued the sort of boilerplate apology that fails to take any responsibility, appeases nobody and does not put an end to the controversy. 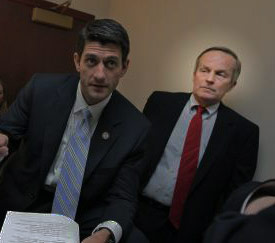 Is your rape legitimate? Ask this creepy old man with a skeleton face. Seems like he might know a lot about your body seeing as how he's on the science committee. Are you?Like much of the far-right's social ideology, Akin's beliefs were shaped in a bubble of rhetoric in which white men are the only perspective being considered. When he emerged from that bubble to air his precious views in public, demeaning the legitimacy of rape victims and fantasizing about human biology in order to force additional misery on women, he was met with gasps.

It should come as no surprise that a man who takes social cues from Leviticus and gets his knowledge of human anatomy from a Tea Party website serves on the House Committee on Science, Space and Technology.

The republicans are nothing if not fans of ironic committee postings. Reverse Captain Planet James Inhofe is still the ranking republican on the Senate committee responsible for environmental policy and Michele Bachmann clicks her pen and doodles crosses a lot while sitting on the House intelligence committee.

Under Republicans, Akin's science committee has mostly been used by members to grandstand on the detrimental effect various EPA rules have on the economy, but they apparently have time to delve into reproductive science. They have used interminable hearings about coal regulations to discover secret functions of the female reproductive system.

In the coming days, as talk radio and Akin's allies attempt to come up with some sort of excuse for his comments, you will also hear the number 32,101 a lot. According to a 1996 study by the American Journal of Obstetrics and Gynecology, 32,101 is the annual number of pregnancies resulting from rape. It's hard to say how many of those rapes were legit enough to count under Akin's mysterious criteria, but you can bet everyone on the left is going to assume "all of them."