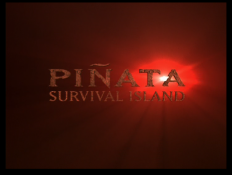 Overview: Come on, the movie is called Pinata: Survival Island. If you need us to tell you that it's about an evil pinata dismembering college coeds on a deserted island, then you're probably reading the wrong review column.

Directed By: David and Scott Hillenbrand, 2002

The Case For: Stars an assortment of bit players from mediocre television shows, so you can pretend that you're really watching The Surreal Life: C-List Edition.

The Case Against: One of the most laughable horror premises ever conceived is presented with disturbingly inappropriate gravity, including a dramatic ten-minute backstory sequence before the opening credits. Godawful CGI will make you wish you were blind, and then constant "Pinata-Vision" will grant your wish.

We'll start you off the way we did the first time we watched this rare jewel:

Like many of its contemporaries, Pinata: Survival Island (not to be confused with the far more popular Survivor: Pinata Island) feels right at home in the unambiguously stupid genre of semi-ironic Stoner Horror Romps - you know, those countless straight-to-video cookie cutter slashers you'll find filling bargain bins and dank, musty basements of balding thirty-somethings who sincerely use words like "fandom" to justify their gross creepy obsessions. Like us, most of you reading this are probably all-too familiar with the classic "murderous random object" formula, which comes in three basic flavors of awful:

a) Ancient evil spirit/vengeful ghost happens to be hanging out/napping in unlikely inanimate and typically non-threatening object e.g. a bong or toilet brush or whatever, and idiot coeds/shithead teenagers accidentally wake it up by begging to be murdered for their stupidity.

b) Recently executed serial killer/rapist/misunderstood carnival freak comes back to life as {object} because somebody (again, usually obnoxious coeds/teens) does something really stupid with his remains like knocking them into an inexplicably adjacent vat of radioactive waste and/or Twinkie batter. 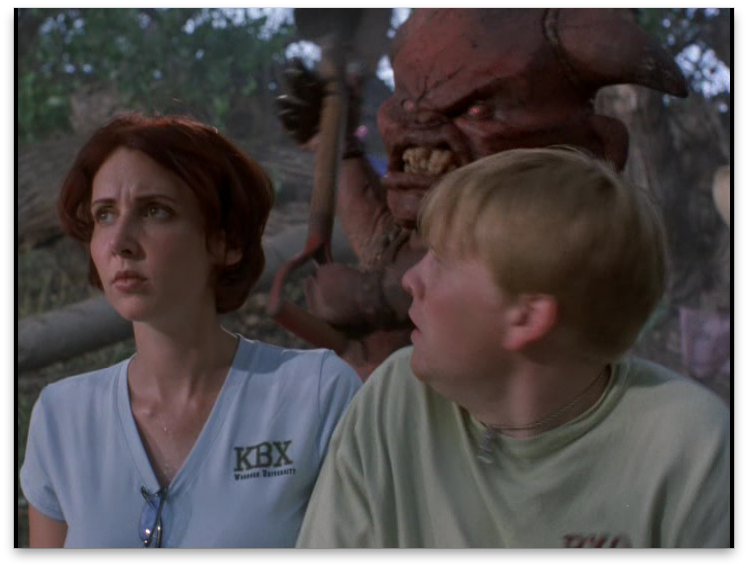 DID I SAY YOU COULD STOP
DRINKING, FROSH?!

Pinata: Survival Island is most at home in the first category, but the evil spirit is put in there by a shaman and is the avatar of all sin or something, so we're just going to go ahead and say it's a little bit of everything on the menu. This is a very successful recipe for making a horror movie, in much the same way that mixing all the leftovers from a second-rate Greek restaurant together in a slop bucket is a successful recipe for making gazpacho.

Now, you might be incorrectly thinking that pinatas are just harmless little papier-mache decorations, and therefore not particularly threatening. But as the needlessly elaborate pre-credit sequence teaches us, pinatas aren't just colorful things little kids whack with sticks to get candy; they're actually really serious and important and filled with all the evil and sins in the world, or at least all the sins in some dirt farming village somewhere in Latin America. Because when you're a mystical shaman gathering up evil spirits to seal them away forever in a safe place where they can never be released and destroy the world, of course your first receptacle of choice would be something designed solely to be smashed open as quickly and enthusiastically as possible.