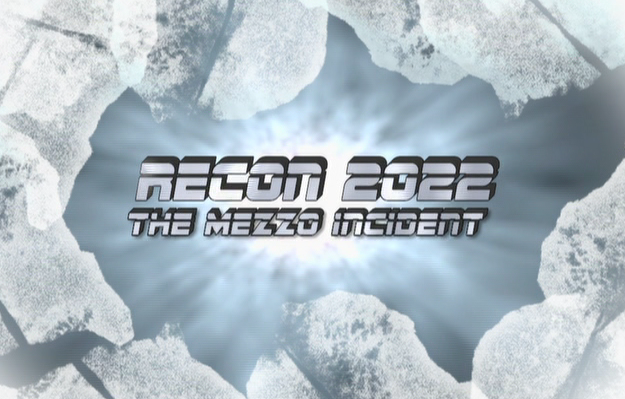 Overview:SergeantLieutenant Sharpe and the most unlikable bunch of marines this side of an intergalactic war-crimes tribunal head to scenic ice planet Mezzo, where they battle cyborgs, cyborg rapists, regular rapists, laser nipples, and enough ridiculous CGI monstrosities to hold you over for a lifetime (or at least until next week.)

The Case For: Special effects have been updated from "appalling" to just "embarrassing." Star Anderson "Bradhsaw" Bradshaw gets to see his name spelled correctly in the credits this time.

The Case Against: The tagline promises: "New mission. New planet. Same attitude," which, if you've seen Recon 2020, is more of a threat than an advertisement.

Hydrogen: Well, it's finally time for us to continue down the trail of tears that is the Recon 20somethingfutureyear: The Big Bang Theory Episode Title franchise. Our tragic journey started with Recon 2020: The Caprini Massacre, the world's premiere sci-fi paintball monster shoot-'em-up movie. To distract ourselves from the abject misery, we thought we'd shake things up with yet another cutting-edge review format this week!

Trillaphon: That's right, a fresh new review flavor that totally isn't just a poor man's Fashion SWAT ripoff, and also those guys haven't done one of those for like a year so they're past the statute of limitations or something and can't sue us/verbally beat us up on the internet.

Hydrogen: Sure, that sounds both legitimate and legally binding.

Trillaphon: By the way, did we ever figure out just what the fuck a "Caprini" is or when/how it got massacred?

Hydrogen: I think it might've been that one building behind the abandoned warehouse with the pee stains on it. I'm pretty sure we were the ones who got massacred, though.

Trillaphon: Good point. Anyway, like the first one, this movie is yet another reason why Quebec should be turned into the world's irradiated hyper-pollution mass industrial biohazard toilet barge and buried in sun-ripened dog shit forever and ever.

Hydrogen: Preferably with all copies of the Recon trilogy buried therein.

Trillaphon: Exactly. Alright, let's do this shit before I lose my nerve. Oh, by the way, we can't be held liable for any of the deep, irreversible psychological traumas inevitably caused by watching any part of this movie (especially the parts we've included). In other words, this:

Hydrogen: I think you're supposed to put those at the beginning.