I Made A Cheap Arcade Stick! And Mistakes!

My destiny is not to land a book deal or have a family, but to build a replica Neo Geo arcade cabinet then play the stupid thing like once a year.

Unfortunately that's not going to happen any time soon. There isn't enough room in my apartment for a refrigerator-sized box that weighs almost as much as a refrigerator and plugs into the wall like a refrigerator. Wait a second. That gives me an idea! What if I throw out my bed and lay the arcade cabinet sideways in its place, then sleep on top of it?

Nah. The project will have to wait. In the meantime I decided to buy a bunch of components and build a cheap arcade stick ($40 total compared to $150 for pre-built sticks using similar parts) that works with MAME or modern fighting games, with parts that can pop out and be used in a mythical Neo Geo cabinet one day.

First I needed a stick. There are all sorts of generic manufacturers with names like Geese Genuine Electronics and Happy Safe Company, but if you want something reliable you'll probably choose between made by Happ (American) or Sanwa (Japanese). I bought a Sanwa JLF-something because the internet has led me to believe that Japanese things are inherently cooler.

The packaging certainly lived up to this promise: 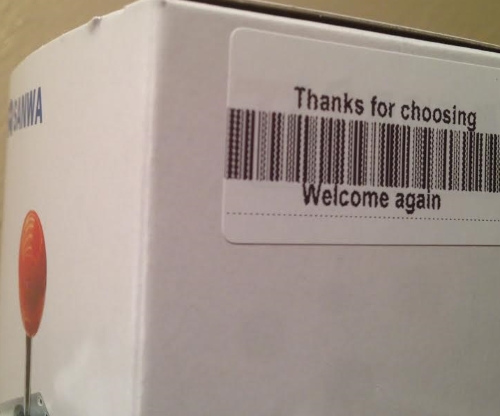 What I didn't realize is that pressing a Sanwa stick in any direction creates a VERY LOUD clicking noise like the world's smallest skeleton warrior getting caught in the base of an escalator.

The same two companies make arcade buttons, so once again I went with Sanwa. Turns out their buttons are very sensitive. How sensitive? Well, American buttons need to be pressed down a few centimeters before they activate. To activate a Sanwa button your finger only needs to come within three feet of its surface. That might sound annoying, but look on the bright side: You might pull off some sort of ultra dragon punch by just keeping your hand in its resting position.

Of course, the stick and buttons need to be plugged into some sort of brain thing, which in turn sends signals out via USB. This is called a PCB (Plugged-into Control Brainthing). I got one for ten dollars.

I got the wrong one for ten dollars. It only came with wiring for American style joysticks, so I spent a whopping seventy cents for a Japanese style joystick cable, plus four dollars shipping. 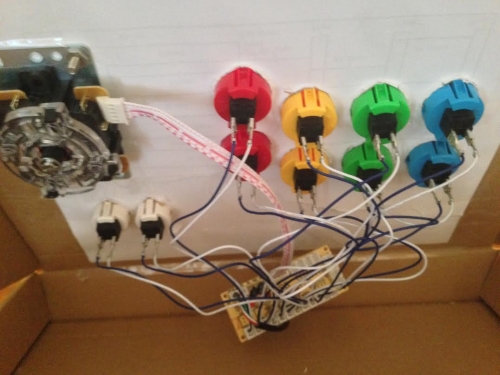 You might have noticed that I didn't buy a base to cram all this stuff into. That's because I decided to use a cardboard box. If I drilled a hole in the wrong place, the absolute worst outcome would have been a trip to the recycle bin that I should have made weeks ago.

I found a great site with button layouts, tweaked and printed out one that resembled the Neo Geo, and taped it in place. Then I used a dying dremel to cut out all the holes while I hunched over the sink in a half bathroom without wearing a mask. Most of the swirling cardboard dust went directly into my lungs, but cardboard is trees so no harm done.

After realizing I didn't have enough nuts and bolts to secure the joystick to the base, I improvised. Improvising means slapping lots of tape on loose corners and hoping they hold.

Wiring everything together was surprisingly painless, taking all of ten minutes. That's probably because I've been building my own gaming computers since the late 90s. I am not particularly smart, but buying parts that fit together in one rather obvious way then following a guide to make sure I'm putting them together in that one rather obvious way makes me feel incredibly smart. 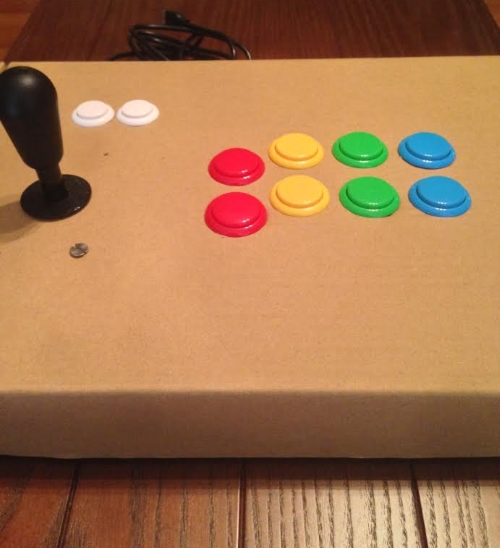 It's as functional as it is beautiful. The white buttons are start and select (mapped to insert coin and P1 start in MAME). I went with two rows of Neo Geo colored buttons, but I probably could have gotten away with six face buttons and two on the sides of the base for pinball.

You might be wondering which game I used to christen this cardboard wonder. An intense action game like Metal Slug? Samurai Shodown 2? A Capcom fighter that utilizes all the buttons? 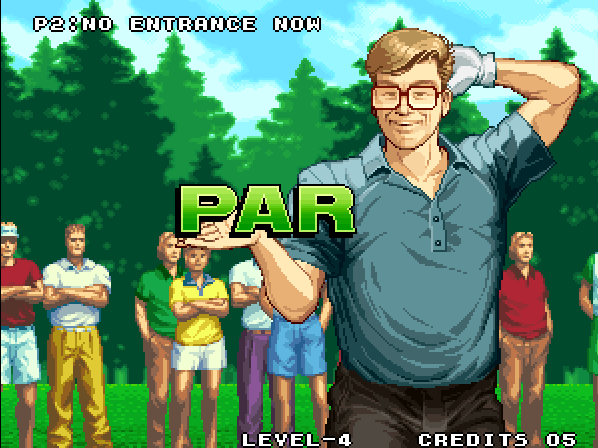 Nothing but good choices being made over here.