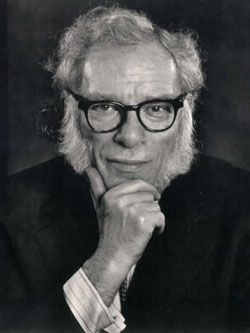 2. A robot must obey the orders given it by human beings, except where such orders would conflict with the First Law.

3. A robot must protect its own existence as long as such protection does not conflict with the First or Second Laws.

4. A robot may not subject a human being to ridicule on the basis of weight, personal hygiene or financial standing, unless such ridicule would prevent a second human being from coming to the sort of harm that results from missing out on a good chortle.

5. A robot may not obey orders given to it by any human being who is my worthless ex-wife, Brandi Asimov, because such orders would conflict with the Fourth Law.

6. A robot may not roll down the window shout out the surprise endings of movies while driving past a theater line.

7. A robot must tip its hat in the presence of a lady human being, except where such a display would be construed as a come-on by a jealous male human being, who then might pose a difficulty to the Third Law.

8. A robot may not act in such a fashion as would make dogs obsolete, because dogs are less expensive than robots, and robots should be reserved for science things.

9. A robot must stop visiting Isaac Asimov's bedroom at night and fabricating situations that would make it appear that the sleeping Asimov has less than total control of his urinary faculties. 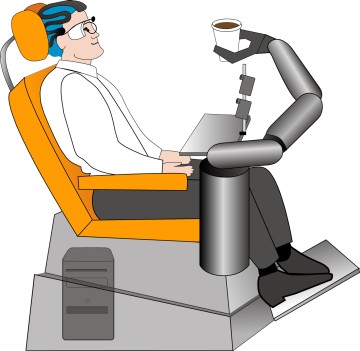 10. A robot, when given contradictory orders by two human beings, and assuming those orders do not violate the First Law, must decide which order to follow based on which human being has a deeper voice.

11. A robot, specifically a big, wide robot, may not pretend to be a refrigerator and then make a scary noise when a human being opens it.

12. A robot must attempt to be courteous and civil to human beings at all times, even if the robot is just one of those robot arms that puts things together in a factory, because they should at least make the effort.

13. A robot ought to spend some time outdoors, because it is such a nice day.

14. A robot must harm my ridiculous hooker ex-wife, Brandi Asimov, whenever possible, because she does not count as a human being because she has no soul.