I Am The Best Computer User In The World

I was more than happy to keep this to myself. For years I conducted my operations in stealth mode, my talents known only by the select few who occupied the upper echelons of computer expertise. Then, as the internet grew exponentially, so did the hollow bragging from pretenders to the throne. 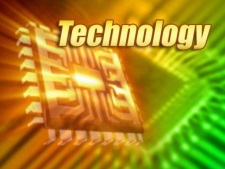 I only use the best, such as Technology brand technology.It's time to put an end to the confusion. The world has to know who's really the best at using computers. It's me. I'm the #1 guy.

I know all the keyboard shortcuts. CTRL+C copies text, CTRL+V pastes it. When I hit the button that looks like a Windows start menu logo the start menu opens. Each number button corresponds to a number that actually shows up on the screen when I hit it.

Did you get all that? Or am I going too fast? Heh. I wouldn't be surprised. I type more than 40 words per minute.

Changing the desktop background is easy. Just give me an hour or two to look for screenshots of that hot babe from Lexx. I'll load them in Paint (that's what us pros call Microsoft Paint) then use the scissors tool and the lasso thing. In about three hours I'll have a 800x600 bmp that will put your desktop to shame, kid. My secret? I paste all of the Lexx lady pictures on top of a pure black background overlaid with a lens flare.

I remove viruses like a champ. Every day I run a scan and find like 80 of them. BOOM. Quarantined. BOOM. Removed. BOOM. Manually deleted thousands of mysterious text files in my root directory. Hackers don't stand a chance.

Managing bookmarked websites is a breeze. I arrange them in the order of the most prominent color in their favicons, so that they form a rainbow. After each bookmark is a separator line. Real experts don't want their bookmarks overlapping and cluttering up the joint.

For ease of access, I pull the windows taskbar up until it takes over about half the screen. Look at you, having to move your mouse all the way down when you need to launch one of your baby programs. Wow. Amateur hour.

I have pretty much every toolbar that has ever been made. What's that, new program, you want to install the MeebCash Searchbar? Come on in. Can't have it fast enough. Any good computist knows that having more tools at your disposal gives you a wider variety of methods to tackle any problem. My Netscape Navigator window contains the solution to everything.

Every day I download around eighty gigs worth of stuff. Don't even need it, I just figure that since I have the fastest connection on Earth (DSL) I might as well use it. It's nice to know that if I ever need a video tutorial on the best tips and tricks for programming MySpace games, I will have it in three different languages somewhere on a RAID array.

I'm the best at playing games, too. Bought just about every game on Steam, and played at least twenty of them. I even beat a few on the Normal difficulty. No Easy mode for this guy.

My computer skills extend beyond mere usage. I can also build an amazing computer for gaming. Some morons will tell you that there is a price to performance ratio, and that going beyond a certain point will give you diminishing returns. They claim that spending three times as much money for a barely noticeable increase in framerate is a waste. Well, they're wrong. I say you should buy the biggest monitor, at least two of the most expensive video cards, and the absolute newest CPU with the highest model number. Anything less is a compromise. Winners don't compromise.

I hope you understand that my intent is not to brag. If anything, I'm doing this for you. Now that my position as the best computer user in the world is clear, millions of man-hours can be diverted from making false claims or working to become the greatest, and can be invested in something more meaningful and rewarding.

For instance, nodding in appreciation of my talents.