Once again, we'd love to give a "shout out" (that's hip urban slang) to IFC's Automat for sponsoring this week's Phriday. Automat is a magical, exotic location on the internet, full of independent comedy, music, and various other free entertainment. Head on over to the Automat and soon you too will learn it is fun to have fun!

A couple decades ago, a few bearded weirdos decided to invent something called "the internet," a service created to exchange information and educate the masses. Now, in the glorious year of 2009, the two primary functions of the internet revolve around calling people fags and downloading "Twilight" torrents. This week the Something Awful Forum Goons have combined these two exciting, dynamic ideas and went on the mission to ruin emotional moments in their favorite movies. Thank you very much, internet!

Bloody Wanker regrets ordering the fish during the flight.

Bloody Wanker probably won't proceed to the lightning round. 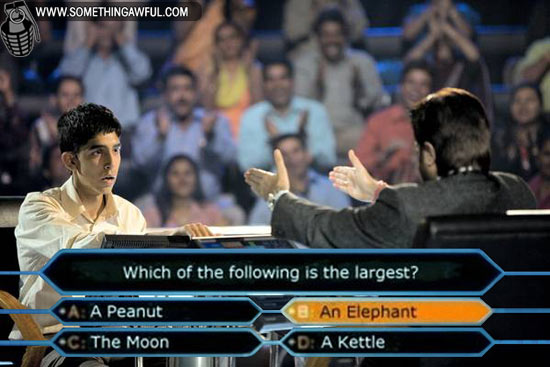