Things Mitt Romney Forgot He Did in High School

Mitty Romney attended Cranbrook Preparatory School from seventh grade through high school. It has recently come to light, thanks to a Washington Post article, that Romney engaged in some hijinks - hilarious shenanigans, if you will - while attending the school. These were fun-loving pranks like having a wrestler hold down the gay kid so Romney could cut off the kid's hair with scissors while the boy screamed for help. Romney doesn't remember the incident. That's not all he doesn't remember from his days at Cranbrook. 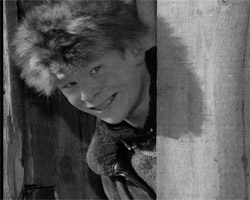 Romney used his Cadillac to do crazy, earth-churning donuts on his science teacher's front lawn, flowerbed and cocker spaniel. Could not quite recall the specific prank, but claimed the dog loved cars and also he always owned American cars most of the time.

Invited Shirley Corman, a dumpy, pimple-faced teen from the nearby Ringer Academy for Girls, to the Cranbrook school dance. When she arrived at Romney's house in a rented dress, Romney showed her back to one of the spare bedroom where he had placed an ostrich egg in an over-sized nest. He told Corman, "I need somebody to sit on this thing while I go to the dance and bust some cherries, think you can hold your farts in long enough?" Corman later admitted she sat on the egg and was paid a dime by Romney when he returned home the next day, clearly smug as hell. Romney could not recall the incident or anyone by the name of Shirley, but he does admit a fondness for eggs. 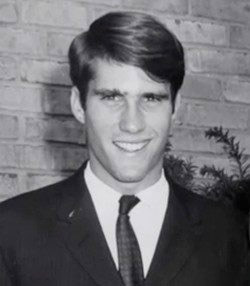 Wore a pig mask to school and followed Roy Jarvis, the fattest kid at Cranbrook, from class to class making oinking sounds. Romney would skip out on his own classes to find Jarvis in class. He would don the pig mask and slowly rise up from behind chairs and desks and oink at Jarvis. Even walking home from school, Romney would position himself in the pig mask where he knew Jarvis would encounter him. Over time this evolved into Romney and several boys from the school's bullying team riding in an open-topped car wearing pig masks, honking the horn as they followed behind Jarvis on his way home from school, oinking and throwing rashers of bacon. When asked, Romney could recall possibly driving around town to do pranks. He apologized if there were any pranks people didn't find funny.

As a gag he wore glasses to school. In his econ class, shared with Cranbrook's only Jewish student Isaac Reuben, Romney had a friend toss pennies onto the floor. Romney leaped to his feet, tore his tie and shirt open to reveal that he was dressed like Superman, and ran out into the hall to paint a large swastika and "SIEG HEIL" on Isaac Reuben's locker. He then advised Reuben to "Keep the change, hymie." Romney does not remember that particular prank, but he claims he did not know much about Israel at the time.

Sealed Paulo Habermann, a small, Brazilian kid, into a used epoxy barrel from shop class and sunk him to the bottom of Lake Michigan. Sailors still claim to hear the boy banging on the barrel from time to time, but Mitt Romney can't remember shit.

Tied a cloth sack over the hands of his art teacher, Lloyd Belmont, and methodically broke all the bones in Belmont's hands using a walnut hammer. Could only recall losing a perfectly good walnut hammer at some point during the school year.

Used a bald tire from his car to necklace the parent of one of the students enrolled at Cranbrook. Romney could not recall how he got rid of his old tires. 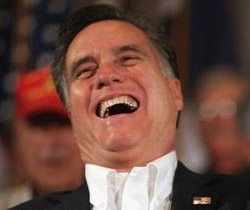 While a senior, Romney repeatedly told freshman Wayne Roddick, "I am your father." Often admonishing him to get better grades and try harder, Romney ultimately revealed that he had spent a fortune building a time machine capable of traveling back in time to 1939. Romney kidnapped Roddick and traveled back to 1939, where Romney tied Roddick up and forced him to watch through the slatted door of a closet while Romney impregnated Roddick's mother. Romney then drove the shocked Roddick off a cliff, at the last moment before impact activating his own emergency time reversal button. As Romney emerged from the smoking cloud in present-day Cranbrook, Roddick was nowhere to be found. A search of a 1939 newspaper revealed the story of an unidentified teenage boy found dead in a car crash at the bottom of Risky Ravine. Romney related the prank to his friends, who were concerned about Roddick's disappearance, adding, "I closed the loop." Romney could not remember the incident when pressed by reporters, but he said, "I did like Star Trek with the whales. That was my favorite science fiction film."

When student Kyle Monroe fought back against Romney, punching him in the face after weeks of mercilessly hilarious pranking, Romney backed away, promising, "I will never forget what you did to me. You will pay." Romney spent years training his body, building muscles while covering his arms and torso in revenge-themed tattoos. He followed Monroe around relentlessly, interrupting family events, private moments, making noise in public places and knocking drinks out of his hand in the cafeteria. Eventually Romney antagonized Monroe into striking him first. When Monroe finally lashed out, Romney shot him in the head and claimed self defense. He spent three years in a mental hospital in down state Michigan and was released at the age of 20. Romney could not recall the incident, only remembering, "I had a reputation as quite the prankerman."