I am an honest woman and I believe I deserve at least seven minutes of your time.Thank you for reading this. It took me a long time to find your address as I do not have a computer or know what they do. I know they use a computer to ring up my cabbage at the grocery store but when I asked the boy with the earring there if your address was inside of the computer chips he gave me the same look he gives when I ask if they still carry those snack crackers that taste like pizzas.

But then I asked my great nephew Jace if he had the Internet and he said to find out your address he just needed my credit card numbers so the websites know I am an American citizen and not some Mexico lady. Mr. President Oboe, I was born in this fine country in 1926 and I believe you are bound by law to hear the request of a proud woman who spent 43 years making quality extension cords at the extension cord factory downtown.

Dr. Oboe, I would first like to say that you cut a dashing figure on the television. At first I was scared about an Africa man with a wart on his nose running our country, but not much has changed for me so you must be doing an okay job at President. But even in a blessed life such as mine, there are problems, which is why I am having Jace type this for me as I dictate over the phone. Mr. Oboe, 43 years of making extension cords has done a number on my hands so I can barely dial the phone to call my family members every week and ask when everyone's 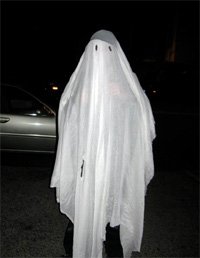 I snapped a picture of one of these ghosts as they were headed towards their ghost car. Please send it to your Department of Ghost Studies.birthday is. But little Jace is a computer whiz and he had the Internet sell my car for me even when I didn't ask him to. He says there are thieves that want to steal my identity so he keeps my personal information locked away on his webway for me. What a dear!

First of all I would like to say that this country has a ghost problem. This is a bold claim but I honestly do not remember so many ghosts in my youth. There were once men who dressed up like ghosts and rode horses and handed out candy apples to us kids, but for some reason you don't see people like that too much these days. You also do not see many candy apples, so I guess that's why the ghost men went away.

I would like you to write laws to keep the ghosts out of my house. Mr. Oboe, these spooks (no offense intended) make a habit of eating all of my snack crackers and ordering pornographs on my television that I have to pay for later. But my grandson Jace is one smart cookie and he always figures out how to chase them away at the end of the night. He even told me that ghosts like to eat antique jewelry so I left a bowl out for them 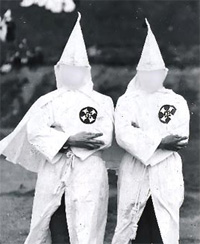 You might want to look into where all of the ghost men (not real ghosts) have gone. Those candy apples certainly helped keep me off the streets!and that seemed to quiet them down a bit. They did release a lot of ghost smoke in my house one night that made me sleepy and hungry, but I was out of snack crackers so I ate an entire bag of cinnamon rolls and then had to visit the ladies' room many times the next day.

Mr. President, I am begging you to do something about the ghost epidemic sweeping out country. I am out of antique jewelry and this has only made the ghosts madder. The have stolen my eyeglasses and now appear during the day and make me write checks to the skateboard store. I am guessing they died in a skateboard accident and an afterlife of eternal skateboarding is the punishment Jesus has given them. Whatever the case I would still like you to send an Army Man or two here to help me in my time of need. The ghosts do not listen to me and sometimes they bring over lady ghosts and giggle at me from the corners.

Thank you for listening to my words, Mr. President. Jace promised he would send this for me as the ghosts have stolen my stamps and vandalized my mailbox to an unusable state. I have enclosed a one-hundred dollar bill, as Jace told me you will autograph anything larger than a 50. Better you get your hands on my money than those darn ghosts!