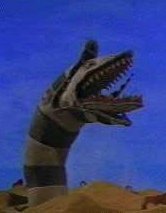 I skipped classroom observations for the rest of the week to learn about my guests. I studied them, learning their process, their steps, and how disgusting they are. Once eggs enter a host, there is little concern for the pinworm other than spreading its brood. At the same time, nothing matters to the host except stopping the spread. It is a ruthless battle, a struggle over my intestines. The little white visitors do not harm the host, which was comforting, but also disappointing. I wasn't in danger-just pathetic.

The constant itching I experienced every night was due to a planned pinworm procedure. The female worms wait until the host is asleep, then the ladies slowly seep out of my bum and lay dozens of minute spiked eggs that look like naval mines under a microscope. After spreading her brood, she wiggles trying to wake me up. Once awakened, the host innocently scratches the itch, thereby getting the eggs on his or her hand. Ideally, the host then licks the contaminated hand or has someone else lick it, thus starting the process over. This disgusting cycle happened inside me, but how were the worms introduced? 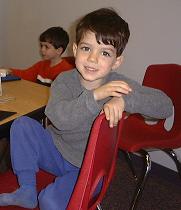 AVOID AT ALL COSTS

After my sick leave, I returned to the classroom with extreme prejudice. Like doctors traveling across the world to inspect some mysterious epidemic, I avoided everyone around me; they were already dead. I sat (uncomfortably, due to the scabbing rectal rug-burn) in the corner and analyzed the children, looking for signs of infestation. Maria's cough launched a ball of mucous onto her homework. She rubbed it off and handed it to the teacher. Gross, but not pinworms. Jonathan awkwardly shifted his weight twice so he could scratch his rear. I glared at my seating chart. I had no record of filth under his name-how had I missed this? I remembered giving him a high-five for a good score on a test!

Attempting to be cool had paid off with worms, and he infected me! He directly touched his filthy ass, then me, and I unsuspectingly ingested the illness! He slipped me a parasite! I suddenly felt like a poor helpless girl at a fraternity party. Does this constitute date rape? All I could do was stare at the brat. I wanted to strangle him, but I'd never dare touch him, fearing it might result in lupus. During a break I approached him from a safe distance of seven feet, and asked him to wash his hands. I left early to avoid grading Maria's homework and to take another shower.

That night I imagined what life was like for my parasites. I despised them, yet I was forced to support them against my will. I wondered what my backside was like for the worms-was it a city or a quiet suburb? I decided a frontier town; these were first generation settlers in an unknown world, and I was carefully plotting to turn their colony into a Pinworm Roanoke. 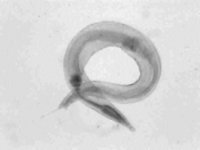 Most of my time spent studying the worms was figuring out how to destroy them. There were dozens of medicines, but living a spotless hygienic life was cheaper and less humiliating than visiting a doctor. I had to get control of my filth. I folded my laundry and placed it in the dresser, vacuumed, and made my bed. I felt that this wasn't enough, I cleaned my car, weeded my garden, I even dusted. Nothing could stop me; I showered three times a day, I numbered and arranged my pencils, I wore gloves at my computer.

I had lost my mind, but it worked, the worms were gone. The symptoms disappeared within a week. I had changed my lifestyle, and, for once, with great results. Ordering my pencils in chronological order probably didn't help, but it didn't matter. I had tried something new, in utter desperation, and everything worked out. What relief. I felt so successful when I could sleep a full night without being awoken by the thrashing dance of the pinworm. What an accomplishment. Now I am changing majors and my time with children is over. I think I've made the right choice, but I'm nervous about the future. I don't know what my new major will bring, but hopefully I won't have to be as anal.