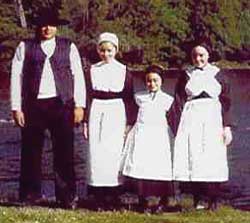 The new and improved E3.E3 has come and gone, but it hardly seems like anything happened. Oh sure, there's a full day of festivities on Thursday but if the last two days were any indication we might as well just tune out. Today press conferences will be held by Take-Two ("boo-hoo the ESRB won't let us release Manhunt 2!"), THQ (lol), Ubisoft (Splinter Cell sequels for the next 80 years!), Namco Bandai (lame anime stuff), and Disney Interactive (Walt Disney was worse than Hitler).

I guess the phrase "saving the best for last" isn't that well-known of a concept by the E3 planners or Microsoft. They should check the hall where Microsoft made their presentation by the way. I think they need to spray for crickets. If this is what a subdued invitation only E3 looks like, bring back the skanks. At least when the big three failed to impress we had plenty of pictures of attendees posing with and creeping out booth babes to laugh at.

Unfortunately the greasy neckbeards who staff our Gamestops and test our games were excluded from this year's event. Hogwash I say! Neckbeards are the only reason the video game industry exists. Why alienate the people who made you who you are and live only to find fault with everything you've worked so hard on?

They should have left E3 the way it was and taken their exclusive industry circlejerk somewhere else. Of course, I've never actually been to an E3. To be honest it looked kind of gay, but at least I had the choice to not go and say that everybody who did were dumbasses. This year we all had no choice and were forced to sit home and watch from a distance.

I'm a hardcore gamer much like fatal1ty or Lady Bird Johnson (timely and irreverent, score!) so I get all my E3 news from ShackNews, the best place to get the hottest updates on PC game patches. With the advent of the auto updater, however, most games are patched automatically these days and gamers have no need to be informed of new patches. ShackNews had to change with the times and boy did they. Sporting a fresh new look ShackNews brings us all the E3 non-news you can handle. ESA officials working hard to plan the new and improved E3 in beautiful Santa Monica, CA.Unfortunately the Shack is beholden to publishers and advertisers. They didn't get where they are today by crapping where they eat. Sure they say the occasional dirty word in order to keep that edge on, but they aren't exactly going to call someone like SCEA CEO Jack Tretton a lying cunt, which they'd be right to do so!

Above all ShackNews is professional and that's why they are invited to all the trade shows and get the big interviews. No sane person would ever agree to be interviewed by us. One time Lowtax interviewed that Mystery Science Theater guy Mike Nelson. He even posted on our forums. He's still in the shower trying to scrub the dirt off, but last we heard the dirt won't come off. Good luck to Mr. Nelson on that.