It's no secret that money makes the world go 'round, preventing us all from flying off the planet and into the moon where we would promptly be attacked by the lecherous, horrendous Moon Devils. Extensive scientific studies have conclusively proven that over 99% of the homeless population lack a large source of income, while nearly 100% of all wealthy people possess a significant sum of monetary funding. The only difference separating the poor from the rich is one thing, money, and this makes all the difference in the world. The lack of detailed conversations with street signs is another quality which separates the wealthy from the poor, but this has nothing to do with capitalism unless you look at it from the angle that no matter how persuasive and determined you are, a street sign will never give you its wallet. Capitalism is one of the three major world economic systems, each having its own set of pros and cons so if somebody were to make a realtime strategy game about it, they would all be balanced gameplay-wise. 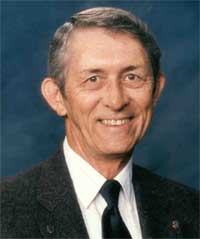 This man is probably a conservative.

CAPITALISM - This is one of the most popular economic systems, one which is responsible for the success of such companies as Microsoft, IBM, Enron, L. Ron Hubbard, and the place that manufactures those giant foam hands which allow other people to know that you feel your team is "number one." The main idea behind capitalism is that some jerk somewhere will start selling some item, people will buy it, and then he'll keep on selling it until the government determines it causes testicular cancer in 100% of its buyers, including women. This "free market" ideally exists with minimal government interference since the longer the government meddles in something, the greater the chance they'll start launching missiles at a bunch of people who have AIDS and can't read.
PROS: It's really easy to start your own business and start making serious assloads of cash under this system. All you need is grit, determination, and a bunch of "TOO HOT FOR TELEVISION" stickers to put on your product. Conservatives are a big fan of capitalism because without this very important economic system, the government wouldn't pay them jack shit to perform their "I'm a Big Fat Know-It-All and You're Stupid" AM radio talk shows for 17 hours a day.
CONS: Many liberals hate capitalism because it awards rich people for being rich and doesn't reward poor people for being poor. Additionally, many liberals lack job skills which would allow them to obtain a better position than "person who grows their hair out long."

SOCIALISM - The arch-nemesis of capitalism, socialism is associated with such class acts as Karl Marx (whose side project "Marxism" featured the one-armed drummer from Def Lepperd) and the Britain Labour Party, a collection of elderly (possibly mummified) gentlemen who have discovered an amazing scientific secret which allows them to pack 28 hours of arguing about remarkably dull crap into a 24-hour day. There was also some guy named "Lenin" who did something fairly major regarding socialism, probably involving the award-winning game Tetris. Socialism dictates that the government should be in charge of distributing wealth, jobs, and positions of power to whomever they feel like at the time. Many famous Russians or possibly Germans embrace this form of government because, hey, they don't have any money to begin with, so what's there to lose?
PROS: Poor people are given bucketloads of money so they can become middle class. Wealthy people lose bucketloads of money so they can become middle class. This results in one large, trustworthy, equal society who live and love in peace while the bucket industry flourishes beyond imagination
CONS: It never works.

CLEVELAND, OHIOISM - While this economic system hasn't seen much action or support outside of Cleveland, Ohio, many experts believe this is probably for the better. Cleveland, Ohioism supports the theory that neither the government nor private sector should own or distribute any amount of money. In fact, no money should be allowed anywhere, and citizens living in a Cleveland, Ohioistic state should spend all their free time sitting around and hoping that the barter system makes a big comeback in a hurry.
PROS: Nobody gets into arguments about money because there is no money to argue about.
CONS: If the government starts slacking off (which they probably will since they have nothing to do all day except stare at the ceiling and attempt to remember the lyrics from "Sweet Child of Mine"), there is a chance that somebody with money might mistakenly stumble into the city. This would ruin the economy by immediately creating an economy, which is the opposite goal of Cleveland, Ohioism. 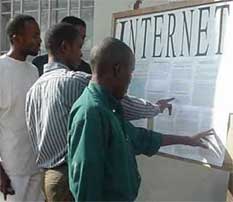 These people are probably liberals.

America, which used to be known as "The Great Land of Freedom" before certain people began overreacting to planes flying into buildings, naturally embraces the culturally superior system of capitalism. Some claim our society is so great at being capitalistic because, at heart, we're all greedy assholes and greed fuels this economic model. Others simply assert that our government is too incompetent to take a dump without direct supervision, so therefore socialism is currently impossible on many different levels. To this date, capitalism is working pretty well, especially when you compare it to the economic systems of places like China (they're so broke that they can't afford Guinea pigs and use humans instead) or Scandinavia (I don't know anything about Scandinavia, but Zack claims they're socialists; all I know is that their entire economy is sustained by sales through Pier-One stores across the United States). However, there are times when capitalism goes a little bit too far and pushes us over the edge like a monkey in a speeding go-cart with no brakes on top of one of those floating levels from that stupid new "Toejam and Earl" game for the Xbox. One example can be seen in the popular canceled cartoon "Captain Planet," an objective, educational, informative cartoon which taught children to gun down possible conservatives or large business owners at every opportunity. It also displayed how the greed powering capitalism could lead to things like disgusting pollution, deforestation, dead dolphins, more pollution, world sickness and disease epidemics, even more pollution, the near-fatal injury of flying gay men, and lots of pollution. Luckily for all involved, the people responsible for "Captain Planet" either went broke or quit to join a filthy hippie commune years ago, so we don't have to deal with that any more. Unfortunately, a new ugly head of capitalism is appearing... and this time, it's the law.

Texas towns signing up for $1 police cars with ads - Cars plastered with company logos may soon be cruising the streets of this upscale bedroom community, but they won't be headed for a NASCAR race at the nearby Texas Motor Speedway. Trophy Club has signed up for four police and two fire vehicles covered with ads because the vehicles each cost a dollar.

Now I fully support the police and fire-fighting forces of America. If there weren't any cops in the world then there wouldn't be anybody to give me speeding tickets, and if there were no fire-fighters then I wouldn't have the fear of some fat guy spraying me with a hose each time I wanted to light myself on fire. However, I think this rogue advertising scheme is a really bad idea for all those involved and our country in general. To begin with, who the hell would honestly want their legitimate business associated with crime? I could understand if Senor Lopez's Cocaine and Modified Assault Rifle Hut asked to place ads, but I'm not sure it would ultimately be in their best interests - or anybody's best interests - in the long run. In fact, I can't really think of a single company who would be proud to have their logo emblazoned across a vehicle that regularly transports child molesters, wife beaters, and mailbox rapists from one location to another.

For the sake of argument, let's assume the police figure out some way to trick companies into advertising on their vehicles. Once these corporations agree to this retarded idea, they'll naturally choose the cop cars which will have the most positive association and publicity, such as all those rich, snooty, upper-class whitebread neighborhoods in California that require all residents to have multiple nose jobs and an entire legal team to represent their pet Terrier. The inner city police stations won't be able to grab a dime from this flawed revenue model, as The Sharper Image won't give a flying fuck if some Detroit minority hopped up on crack sees an ad for their magical ionizing fan while he's being handcuffed and hallucinating about giant flying pregnant sharks. Police forces will soon be broken up into different quality categories based on the wealth of their corporate sponsors:

As you can see, although capitalism may be a generally great economic system, it will most probably fail when it comes to the police force and residential protection. I think we're better off with the socialism-based police system we've got set up for us now, and I'm not just saying that because I have a deathly fear of being arrested and placed into a car with X10 NINJA 2 TILT AND WHIRL AND PUKE SPY ON QUASI-NUDE CHICKS HANGING OUT ON YOUR FRONT PORCH CAMERA ads plastered across it like a Geocities site. Wow, and to think our country's economic systems are so well balanced, just like the opposing forces in "Command and Conquer." Too bad socialism gets the horrendous Moon Devil unit. 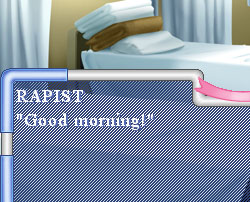 You know, that's all I'm going to quote. That's it. If you want to press your luck and try to choke down the review of Anime gaming at its finest, be sure to head on over and take a look at the god-awful review. Well the review isn't god-awful, the game is. I think. I don't know, but I do know that the people from "Jast USA" are now sending Zack free games to review and paying us to put ads for their company while we trash and mock them nonstop, so at least there's something good coming out of this horrid mess. If anybody else wants to pay us to make fun of them, be sure to contact us at once.