Ultimate Grudge Match: The Takers vs. The Makers 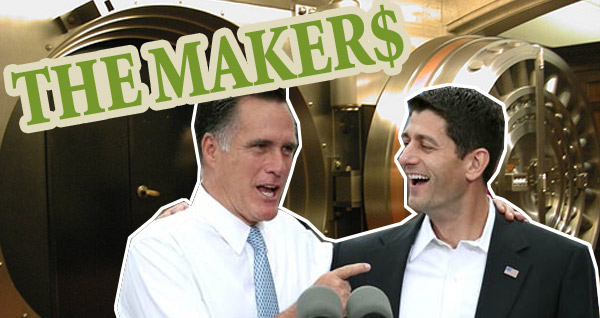 On September 18th, Republican Vice Presidential Candidate Paul Ryan, during a media stop in New Hampshire, defended his boss's infamous comments about 47% of Americans being entitled victims by flipping that tired canard about "haves" and "have-nots" on its head.

"We risk hitting a tipping point in our society where we have more takers than makers in society, where we will have turned our safety net into a hammock that lulls able bodied people into lives of dependency and complacency." 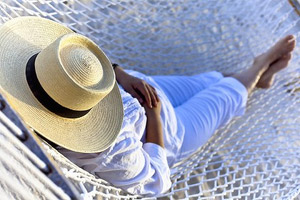 Taking it easy.Ryan is right. The have-nots aren't unlucky; they're greedy and lazy. Nothing lulls the napping poor into their hammocks spun from the ill-gotten wealth of others quite like a little pilfering of tax dollars. It's an idea lifted straight from Ayn Rand. Half of Americans, 53% by Romney's estimation, pay Federal Income Taxes and are therefore "makers" and 47% pay no Federal Income Tax and take more than they are giving to society. The danger in Paul Ryan and Mitt Romney's equation is that eventually those numbers will flip and more Americans will be "takers" than "makers."

So who are all these people taking from hard-working Americans? Ryan doesn't really elaborate much, he just wants to be sure you resent them taking your money, but there are demographics behind the crude numbers.

A lot of these moochers are senior citizens or veterans receiving income after paying into, literally or by deeds, a system of benefits. Which means they think they can just coast along forever. The olds have been hanging around longer and longer. Greatest Generation? More like Can't-Take-a-Hintest Generation. Push off, gramps, and free up some grocery bagger and Walmart greater jobs for our unemployed college graduates.

And the veterans, oh jeez, we get it! Thank you sooo much for your service. What do you want? A parade? Like the GI Bill wasn't good enough? Here's some free medical treatment for your RPG stumps, Your Highness. It will sure be nice when our military is 100% run by Skynet so we can just put our soldiers back in the toy box when we're done with them.

Most of the remaining takers are beneficiaries of income tax credits, AKA free lunch eaters. The Earned Income Credit was a Reaganite anti-poverty measure meant to help the working poor get off Welfare. That was over 20 years ago. They should be off it by now.

And so what if Romney and Ryan's so-called takers actually pay a greater percentage of their income as payroll tax than Mitt Romney pays as income tax? Payroll tax is not the same thing as income tax, so it totally wasn't what he was talking about. And if these moochers had half a brain they'd just invest in a blind trust run by their personal attorney and let their capital make them all the money they need. Sock away those housekeeping tips in a hedge fund. Money never sleeps, Consuelo.

So who are these jerks taking your money and spending it on things like baby formula and education grants? Let's drill down and look at some individual cases of who is taking and who is making in America.

It's the ultimate grudge match. The entitled have-nots versus the hard-working haves. The moochers versus the producers.

The winners are clear. By my count, that makes the battle zero to four in favor of the makers. The next time you hear a family member grousing about the rich or about puppet comedians, remind them that they might not have a functional society without Jeff Dunham.

Zack Parsons is the author of the novel Liminal States. He also occasionally contributes op-eds to Politico under his pen name of Joe Scarborough.