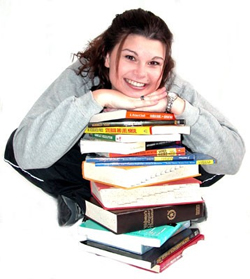 Most people think college is just a machine where you feed 50,000 dollars into a giant contraption, and, with any luck, escape with a piece of paper and Facebook albums that will eventually bar you from holding any kind of public office. While this is entirely true, earning a degree brings nothing but the pain of a justified sense of entitlement being doused by the urine of economic reality: there's a lot of great jobs out there, but you're not going to get them.

Now before you start complaining about this injustice, remember that your bleak future is entirely your fault for not being born into a family that runs a successful business with mob ties and many mysterious openings. Yes, fate has dealt you a shit hand, and all of the time you spend complaining can be put to better use by learning one of the many "street crafts" like 3-card Monte or trying to fall into the right kind of acid to turn yourself into a supervillain. In the end, it's the friends you make that are the most valuable treasures to take away from 4 years in college, unless you happen to rob the University's trophy room. But while friendships, networking, and connections can aid you greatly in your post college years, all of your classes will unfortunately be full of the following assholes: 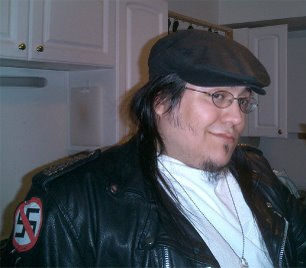 We all know that the Holocaust was a horrible atrocity. Racism is icky, too. Yet you rarely see people walking around with t-shirts proudly proclaiming they are against things that any decent human being living in modern-day society should be opposed to without having to state this fact explicitly.

It's important to note that Captain Outrage never actually says anything new and interesting about the issues he finds disgust with; instead, most of his in-class comments are about how something like genocide really puts a bee in his bonnet. Here is a common quote from Captain Outrage during a class on the topic of slavery:

"After today's reading, I was all... I mean, racism! Boy, I still can't believe all of that stuff happened. I could never think of another human being as property; that's so messed up. How could anyone do that? After reading those twenty pages, I can say that I finally know what it feels like to be a slave."

Captain Outrage, the world appreciates that you took the time to let them know how much you hate slavery. 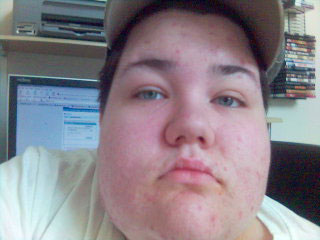 It's Little Miss Rural's first year in big, scary college, and boy is she nervous! The books they give her have mean people in them, no one in her dorm went to Bible Camp, and she thinks she heard one of her professors swear in class! In many ways, Lil' Miss Rural is the direct opposite of Captain Outrage; in fact, her comical misunderstandings of the world due to her being raised in a steak-fried bubble can even be entertaining at times. This is because Lil' Miss Rural lives in a cloud of constant, encroaching terror where she's no longer surrounded by a White Christian mentality to protect her from people of different religions, uncomfortable topics, and those darned gays.

Yes, Lil' Miss Rural pines for the days when she was content with her Baby-sitters Club books and harlequin Amish romance novels, rather than the reprehensible "literature" she's forced to read. An important thing to remember about all Lil' Miss Rurals is that any written work that does not support their specific world views is not only Satan-approved mind poison; it's also promoting every action of the characters within the work. So, if you happen to be a LMR, Vladimir Nobokov's Lolita might as well be called Why Grown Men Should Have Sex With 12-Year Olds: The Book.

Much like Balki from Perfect Strangers, Lil' Miss Rural's adventures in the big city can be downright hilarious and often lead her down various collision courses with wackiness. But sometimes, she feels the need to support her dominant values in an attempt to lead the class away from topics she's uncomfortable with, which includes everything except Apple Brown Betty recipes in the Church Bulletin. So, if you happen to be in that same class about slavery with both Captain Outrage and Lil' Miss Rural, you might hear her make the following profound remarks under the sound of your soul screaming:

"Slavery's been over for like, 200 years, right? I don't see why people are still angry about it."

After their first year of college, every Lil' Miss Rural goes into complete moral meltdown and turns into the well-known Unbridled College Whore. Having never faced a world of drinking, drugs, and not having to make your bed, Lil' Miss Rural cannot comprehend the alien concept of moderation, so she inevitably becomes a human specimen jar for any unfortunate soul who wanders within 20 feet of her in the quad. Yet even then, she's still annoying as fuck.