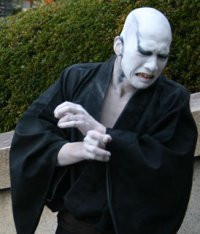 It has been a year since I purged my hovel of cursed trinkets and baubles. My method of dispersing these items of interest was in the guise of a goon meet, where I gave these various cursed items to my fellow writers. They were extremely thankful, oblivious to the inherent dangers. All of them had openly wondered why, in the months that followed, they began to be covered in thick rashes and boils, with open wounds issuing forth locusts and beetle larvae. Thankfully, they should all be blind by now and won't be able to read this confession.

Casting off these evil items should have relieved my household from the burdens that have plagued me for so long, but it was not to be. I brought in one of the top psychics from the metro-Detroit area, Chocolate Brown, who was able to locate even more curses that have eluded discovery for unknown millennia. Afterwards, Chocolate Brown found a ghost in my oven and ate all the pot pies that I was saving for hiding from nuclear fallout. It was a terrible evening of sorcery. 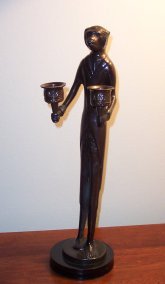 The Monkey Butler of Unspeakable Fear

Question: Who serves up horror, dressed as a gentleman butler and holding towers of arcane flames that devour the souls of the living and trap the spirits of the dead?

Answer: I'm not sure, but if there was such a thing it would be the Monkey Butler of Unspeakable Fear.

I have no recollection of how this particular novelty became a part of my cursed collection, but I do know that after it made its presence known to me, I had a gnawing fear growing in my gut. True, it is a horrible piece of artwork that should be cast into the fires of Hades, but why would it cause such unspeakable fear to emanate from its metal frame -- and why does it torment me so?

These are questions that are not easily answered, for I have been unable to come within 10 feet of the accursed item without my knees quivering like Michael J. Fox on a Tilt-A-Wirl. I once found a bum hanging around outside my door and paid him two American dollars to carry the statue as far away as he could manage, but unfortunately he succumbed to the evil hex and fell asleep at my doorstep in a whiskey induced stupor. Later I discovered that the carpet was drenched with a foul smelling liquid that I can only assume is ectoplasm. I am doomed. 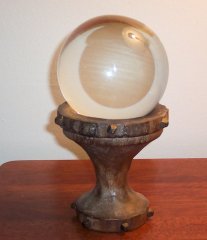 At first I was overjoyed at finding such a treasure, but my joy was short-lived. A single glance into the magical glass is enough to make any man weep like a little girl. I was unable to tear his eyes from the burning images, branding the shape of Mama and her ghastly family into my frontal lobe.

Mama's Family was the worst sitcom ever allowed on the air by a democratic nation. This is common knowledge, and most people who have ever been unlucky enough to see a full episode can testify to the aftereffects and long recovery needed to return to a healthy state of mind. This crystal ball, however, also has the power to show all the outtakes from the making of the series that just weren’t quality enough to make the final cut.

I can explain no further, for even speaking of it has given me a case of the vapors. I need to retire to my feathered pillows, and dream of gentleman callers that will rescue me from this most horrible of curses. 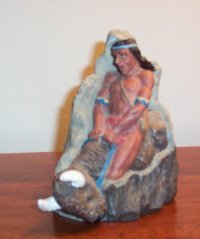 Don't you hate it when you are munching on a bag of tasty potato chips and you get a really nasty burnt one? Usually you are involved in watching a movie, or posting flames on an Internet forum, so you lack the attention to catch this bastard of the potato family. Before you know it, it's too late. Well, how would you like the ratio of burnt chips in a regular bag to become raised….by 35%!!!

That's right, this is indeed a terrible curse. Since coming into my possession, I have had bags of chips that have been rife with burn victims, making their use as a leisurely snack all but impossible. Carefully studying of each chip before shoving it into my hungry maw is hardly a pleasurable chore. This is a woe I suffer from like no other, and cannot wait to be rid of it forever. 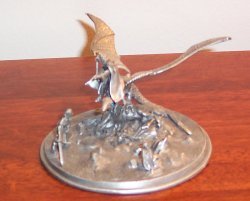 Pewter Lord of the Rings Statue of Eternal Virginity

When I first bought this pewter figurine from the hobby shop in my town, I thought it was the coolest thing ever. I mean, it has the Witch King on the winged Nazgul standing over King Theoden, and Eowyn and Merry facing him in postures of stoic courage. One of the best scenes from the book and movie has been beautifully captured in the piece, and I was happy to make it part of my collection. They even put little jewels for eyes in the Nazgul!

Oddly enough, since buying this cursed item and putting it on prominent display in my living room, I have yet to get laid by any kind of female lifeform. It's a puzzling mystery, and my conclusion is that it must be the work of yet another wizard’s curse. 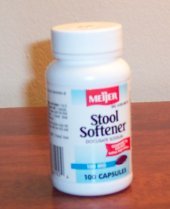 I bought these magic pills at the local grocer, thinking that perhaps they would grow a great vine into the clouds if I sprinkled them on fresh soil. This did not occur. What did happen is a variety of difficult bathroom problems after consuming said pills. This is a curse that has eluded all the doctors and priests I have contacted. It is something I have learned to live with, but I fear it is taking a horrible toll.

The only way I can explain the medical problems I have been experiencing without getting too graphic: my stools, which were once stout and bold like a hearty Irish potato, are now nothing more than a pitiful splatter on the sidewalk that all the neighborhood children throw stones at. My colon's once untarnished reputation of robust health is entirely diminished, with no chance of redemption. This is a curse I must be rid of if I plan on running for town sheriff next year.

One cannot fully communicate what unspeakable horrors my den of ill fortune has in store for me and anyone unlucky enough to make my acquaintance. Hopefully I will soon be free of these troubles, however, for it is only a matter of time until I can plot another uncomfortable goon gathering -- another chance to bequeath these cursed artifacts to the unsuspecting Internet geeks who foolishly accept them as tokens of friendship. Christmas comes early in the Paskiewicz household this year: a cursed Christmas they shall never forget….

The grand adventure of Pork continues as he becomes an accountant at a prominent law firm and learns the hard knocks of the corporate lifestyle. This is a comptempary look into the fallacies of modern society, as well as the pitfalls that come with good fortune. Come and take a look.